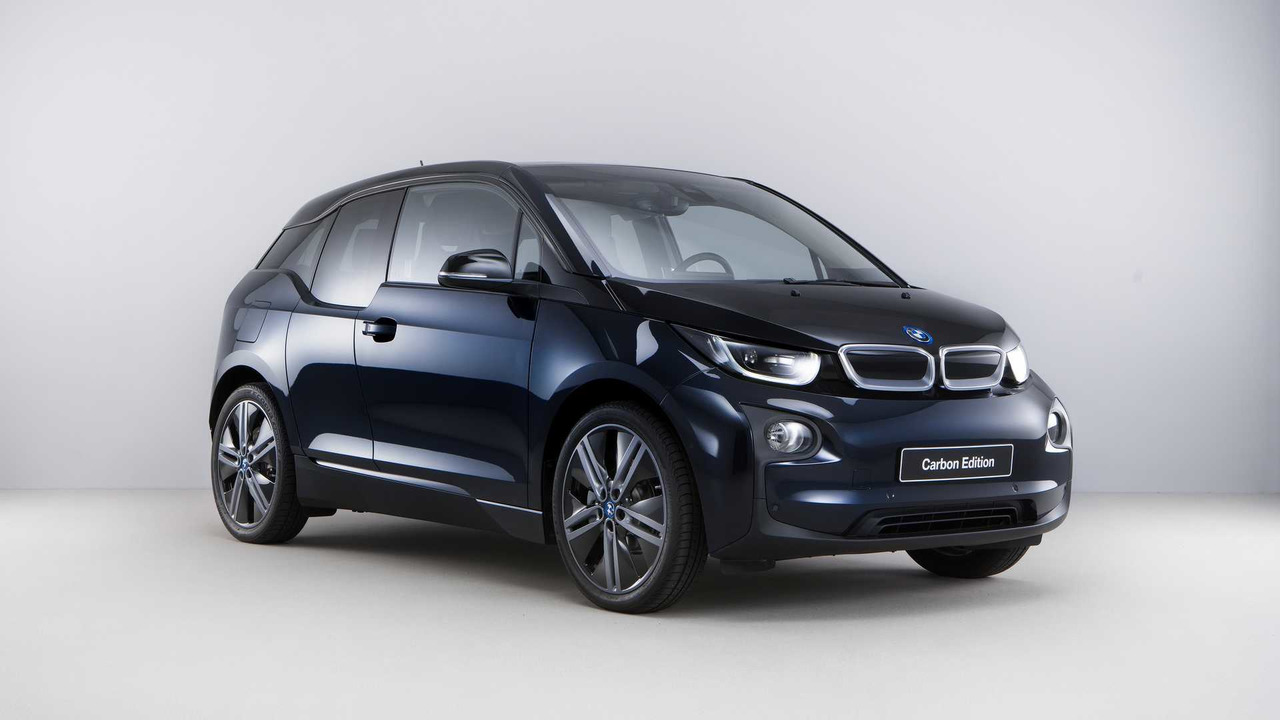 The fancy version is available strictly as an EV.

The BMW i3 is on its way to receive a mid-cycle refresh, but apparently there’s still time to do yet another special variant of the outgoing version. This time around, the Carbon Edition is available only in The Netherlands and is offered with a Carbon Black exterior paint featuring a blue tint combined with Frozen Gray metallic accents to spice things up.

It sits on large powder-coated 20-inch alloy wheels also finished in Frozen Gray and comes as standard with a generous array of kit, including LED headlights, sunroof, and extra tinted rear windows. More goodies reside inside the cabin where the seats have been wrapped in leather upholstery and the standard sound system has been replaced by a more upmarket Harman Kardon HiFi setup.

Although it’s quite a small car, we’re sure some customers will find the parking assistance package to come in handy once in a while, while the Driving Assistant Plus and an alarm are also part of the deal. To sweeten the deal, BMW will also throw in the iPerformance package as well as an acoustic pedestrian protection system.

If you’d rather patiently wait for the facelifted i3, BMW will probably have it ready for the Frankfurt Motor Show in September before a market launch set for the end of the year or early 2018. A sporty i3S with more power and other hardware tweaks could be among the list of novelties brought by the Life Cycle Impulse.

Note: Raw conversion from euros to U.S. dollars. Does not take into account differences in tax.