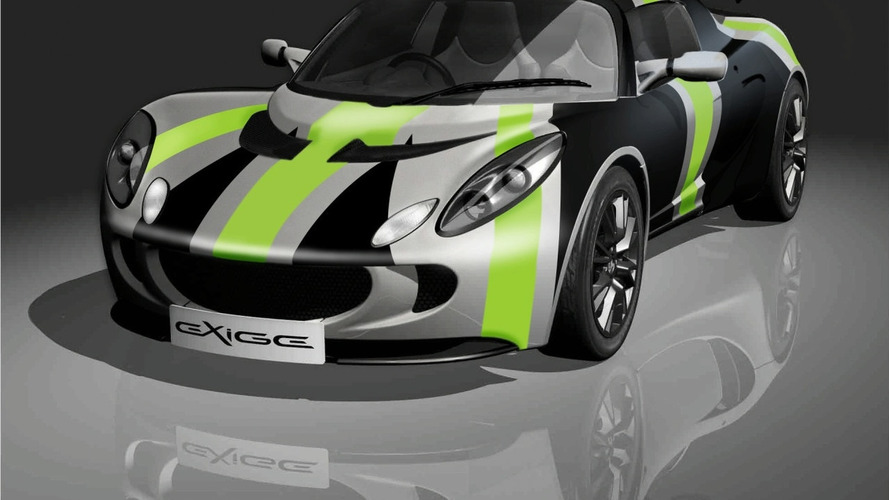 British wind energy firm Ecotricity is behind the development of an all-electric Lotus Exige concept. Once completed, the car should go 0-60mph in four seconds, have a top speed of over 140mph, and take a full charge in just a few hours.

British wind energy company Ecotricity has nearly finished the development of an all-electric Lotus Exige. The car is believed to get a 0-60mph time of about four seconds, on its way to a top speed of over 140mph. You can watch a promotional video of the car's development right here.

Working on the car are six engineers who, combined, have worked on the development of the Corvette ZR1, the De Lorean, the Jaguar XJR15, the Lotus Elan, and the McLaren F1. Each of the team members works with some of the most well known racing teams, and each has also worked for Lotus at one time or another. They have the backing of Ecotricity, who wants to show the world that these vehicles can run strictly on wind energy, thanks to the company's wind farms. In reality, they are electric vehicles that would plug into any consumer's ordinary grid outlet.

Company chief Dale Vince said that the point of the project is "to prove to middle England that electric cars can be quick to develop, beautiful to look at, cheap to run, and run entirely on wind power." The speed of development was critical, and the main reason why the development team was kept small. They had the ability to make decisions on the fly, while keeping costs low. To date, they have spent around £200,000 on the seven-month-old project.

The project began with a used Lotus Exige, purchased on eBay. It was then taken apart to make room for a 90mm chassis extension. Brushless motors were purchased from an American company, and 96 lithium-ion polymer batteries were sent in from Korea. Full charge could take place within a couple of hours. Air intakes were done away with, since the engine does not need to be cooled. The bonnet is being changed to look less like a Lotus. Turn indicators will become LEDs built into the headlights. In the end, center of gravity was lowered, and brought to the front end, reports London newspaper The Guardian.

"If this were Ford it would have taken years and millions of pounds to develop," said project leader Ian Doble. "Big car companies are very conventional. We can keep it small and can make decisions quickly."

In the end, it is Ecotricity CEO Vince's goal to see as many as 10,000 new turbines pump wind power into the British grid, with all 30 million U.K. vehicles being electric. He says it would cut down oil use by 25 million tonnes, while eliminating 12% of CO2 emissions in the U.K. Testing on the car should begin within a few weeks.