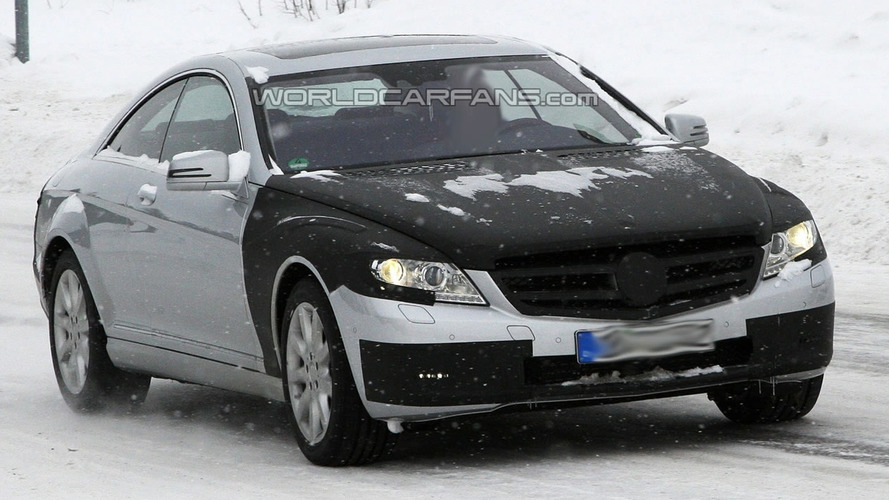 A new spy video with the Mercedes-Benz S-Class Coupe (formerly CL-Class) has broken out. The car is shown going leisurely in snowy conditions while testing in Sweden.

For the first time we have a video showing the new S-Class Coupe in action during harsh winter testing. The big two-door was caught on camera about 100km from the icy town of Arjeplog in Sweden. Much of what could be disguised is left out in the open and all that is left under the covers are the bonnet, the front lower grille and parts of the rear end. Presumably these are the areas where most changes were made.

The S-Class Coupe is the new name given to the successor of the old CL-Class which was essentially an S-Class with two doors. Mercedes-Benz seems to be reducing the number of model names the public has to remember when it comes to its range of cars.

When the new S-Class Coupe hits the market it will sport LED daytime running lights, LED rear lights, which are seen on the video, a sporting front grille, a redesigned bonnet and a new rear bumper.

It is expected to share a similar range of engines as the S-Class sedan. That means engines like the 5.5-litre petrol V8 and 3.0-litre turbo diesel motor will be on the buyers' menu. A BlueHybrid engine could also be included since the S-Class is getting one later this year. Of course an AMG version will break cover as is tradition.

Towards the end of the video you may notice an S-Class being towed by another. No information is available on this incident suffice to say that was not the car being tested.