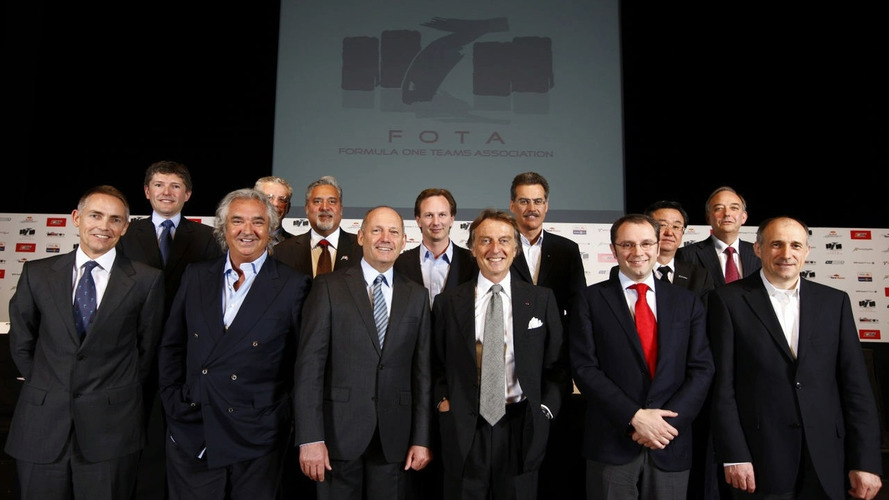 The F1 teams' alliance FOTA reacted with "disappointment and concern" to the new FIA rules for 2010.

Headlining the World Motor Sport Council's decisions taken in Paris on Tuesday were the voluntary 33m euro budget cap for next year, and the immediate overhaul of the points system to crown the winningest driver 2009 champion.

"FOTA would like to express its disappointment and concern at the fact that these (decisions) have been taken in a unilateral manner," Ferrari and FOTA president Luca di Montezemolo said in a statement.

The Italian added that the budget cap risks "turning on its head the very essence of formula one and the principles that make it one of the most popular and appealing sports".

Montezemolo said FOTA will "study closely the new situation" and "do everything" to provide stability in F1 "without continuous upheaval, that can be perplexing and confusing for car manufacturers, teams, the public and sponsors".

FIA president Max Mosley on Tuesday acknowledged that the rules had been drawn up without first seeing FOTA's finalised proposals.

"We cannot wait," he insisted, "because new teams wishing to enter the 2010 championship will need to start work immediately."

The masterstroke of Mosley's scheme is that teams have been offered the option of retaining unlimited budgets with the current rules remaining stable until at least 2012, making it appear as if FOTA's objection is to the smaller budget-capped teams being offered more technical freedoms.

Indeed, as some of the FOTA teams are those who would benefit most from the 33m euro budget cap, The Times newspaper claims that the rules have been "cautiously welcomed" by some teams "outside of Ferrari and McLaren".

The Times speculates that Mosley and Bernie Ecclestone are using the initiative to "help to split FOTA", while the Financial Times referred to the new situation as a "dangerous rift".

F1 chief executive Ecclestone said: "What team can afford not to accept the new proposal?"