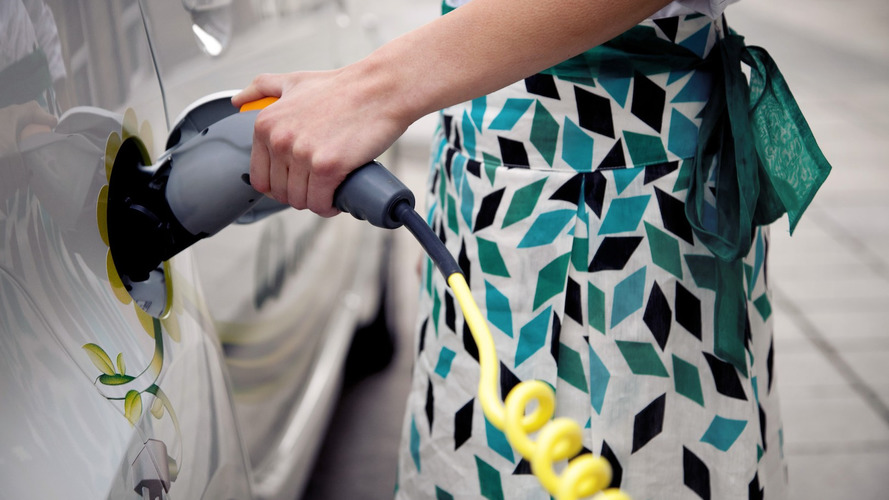 Though Finland is home to only about 1,000 EVs, construction is underway on a 250-spot EV parking garage.

Tesla owner and EV enthusiast Bjørn Nyland showed off a substantial EV structure in Oslo, Norway, last month. As far as we were concerned, it was the largest EV parking facility we had ever seen or heard about. Now, Finland is planning ahead, and its new state-of-the-art, 250-spot indoor structure will be more than twice as large.

The facility is currently under construction at Varma’s head office in Salmisaari, Helsinki. Work began in April, and is set to be completed by June. The project is a partnership between Varma and Parkkisähkö Ltd (man, you gotta love the Finnish language!). Once the facility is complete, Parkkisähkö will handle user transactions for “ordering” the necessary charging. CEO of Parkkisähkö., Jiri Räsänen shared:

“This is one of the single largest parking facilities in the world to be equipped with chargers at nearly every sparking spot.”

The structure will be equipped to handle the load of high-speed chargers. Various chargers will be available to fit different users’ needs. All power to the property is generated via hydropower, so it is a truly “green-friendly” facility.

Forecasts predict about 250,000 EVs on Finland’s roads by 2030. Growth could come even faster with this type of infrastructure development. Automotive sources in Finland point to the lack of infrastructure as the only real factor holding back EV adoption in the area.

“As electric cars become more common, charging stations will be needed in places where they spend extended periods of time. This has also been taken into account in the environmental certification of buildings, as well as in EU legislation to take effect in 2019 concerning requirements for electric vehicles in properties and new buildings.”

Varma is preparing for the coming of electric cars: 250 chargeable parking spots under construction in Salmisaari parking facility

Starting in the summer of 2017, it will be possible to charge electric or hybrid cars at some 250 parking spots at the parking facility of Varma’s head office in Salmisaari, Helsinki. Varma and Parkkisähkö Ltd. are currently in the process of installing the charging system, which ranks among the largest in the world in terms of scope.

The installation work for the joint project between Varma and Parkkisähkö began in Salmisaari in April, and the construction work will be completed in June. Thereafter, the building’s users will be able to charge all models of electric cars in the parking facility. In addition to Varma, the Salmisaari property is used by Danske Bank, Lemminkäinen and Outokumpu, among others.

“This is one of the single largest parking facilities in the world to be equipped with chargers at nearly every sparking spot,” says Jiri Räsänen, CEO of Parkkisähkö.

The number of electric cars will grow considerably in Finland in the near future and, according to forecasts, there will be an estimated 250,000 electric and hybrid cars are on our roads by 2030. According to the automobile trade, the single biggest factor slowing down the sale of electric cars in Finland is the lack of charging stations.

“As electric cars become more common, charging stations will be needed in places where they spend extended periods of time. This has also been taken into account in the environmental certification of buildings, as well as in EU legislation to take effect in 2019 concerning requirements for electric vehicles in properties and new buildings,” Varma’s Commercial Property Director Toni Pekonen points out.

“Equipping the parking facility with electric car chargers also nicely promotes our target of reducing Varma’s carbon footprint; at the same time, it helps us encourage our tenants to opt for an environmentally friendly mode of transportation. The vehicles in the parking facility will be charged with green electricity, as the electricity in our property is generated by hydropower,” adds Pekonen.

When the installation work at Varma’s Salmisaari parking facility is completed, users of the building’s parking services will be able to order the recharging services they need from Parkkisähkö.

“We believe that the users of the Salmisaari parking services will value the flexibility of the service. With recharging offered as a service, the property owner’s role is highlighted, and at the same time, it promotes the quicker adoption of electric cars,” says Räsänen.

Parkkisähkö received product development support for the project from Tekes.