The Volkswagen core brand had its annual meeting at home in Wolfsburg, Germany this week to talk primarily about its “Transform 2025+” business plan focusing on hybrid and electric vehicles. That wasn’t the only item on the agenda as VW also revealed what’s in tow for 2017 in terms of new models. It reconfirmed plans to begin production of the all-new Polo in June, which likely means the supermini will be revealed in full in the weeks to come. 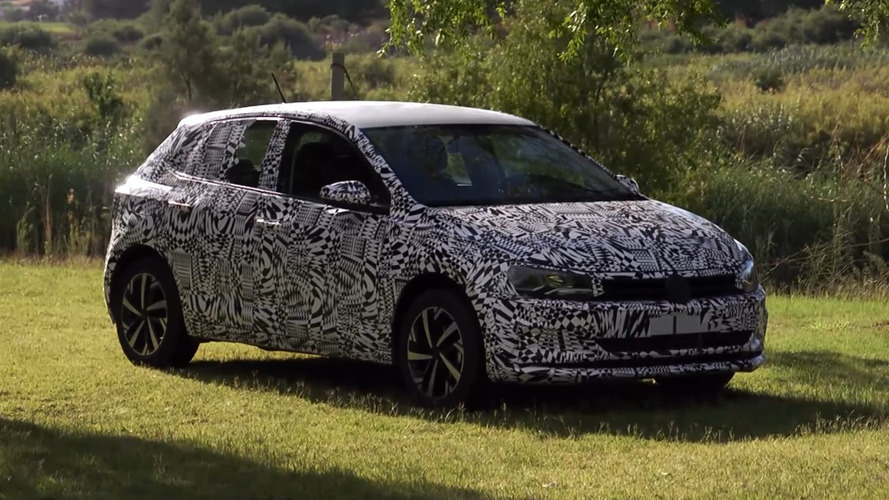 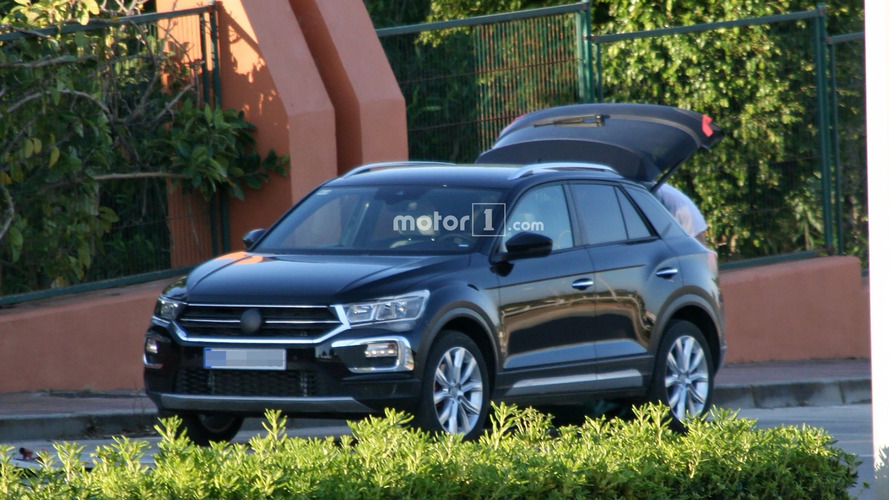 The Golf-based T-Roc compact crossover will hit the assembly line for European markets from August at the factory in Palmela, Portugal. That means we should expect the wraps to come off in the next couple of months. VW has already confirmed the T-Roc will also be available in United States from 2019. 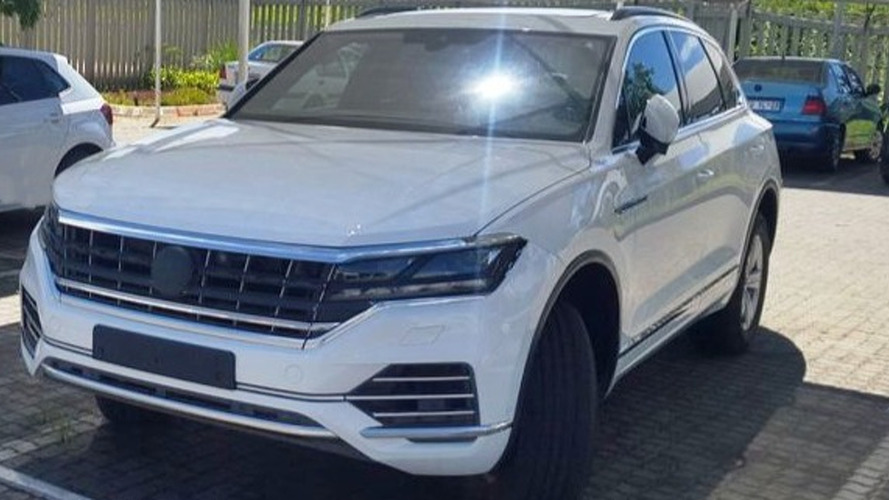 As for the larger next-gen Touareg luxury SUV in European flavor, it’s all set to enter production phase in November at the plant in Bratislava, Slovakia. We’ll probably it see it in the metal at the Frankfurt Motor Show in September, although an online reveal might occur a few weeks sooner.

The adjacent roadmap also contains details about two other new products. First, the Virtus is going to take the shape of a Polo Sedan for South America and it will be made beginning with November. A month later, a new Jetta for North American markets will celebrate its start of production.

VW announced during the meeting its SUV push will continue in the years to come and the core brand is going to have no less than 19 models of this type by the end of the decade.

There’s no word about the return of the Phaeton, which means the newly launched Arteon featured during the meeting will serve as the company’s range topper for a few years. The fullsize sedan is now expected to make a comeback around 2020 and most likely it will be available as a pure electric model.

The Volkswagen brand is making rapid progress with the implementation of its strategy "Transform 2025+" presented last November and with strengthening the profitability of its business operations. During the current year, the brand Board of Management not only expects further significant progress in all key strategic action areas but also substantial improvements in the key financial indicators following a strong first quarter. At the annual session of the Volkswagen brand held in Wolfsburg, Brand CEO Dr. Herbert Diess stated: "2016 was a pivotal year for the Volkswagen brand. It was a year of transformation. And a year that marked the start of a new phase for our company. We devoted immense energy to the diesel crisis. We initiated the transformation in business operations. And, we laid the groundwork for the strategic realignment of the brand. Our mission is clear: We want to make the Volkswagen brand competitive for the future. By 2025, we aim to play a leading role in the continuously changing automotive industry."

Volkswagen is planning a transformation in three phases on the basis of the strategy "Transform 2025+": by 2020, Volkswagen intends to realign its core business and to become the global market leader in e-mobility by 2025. From 2025, the focus is to be on new mobility solutions and business models in order to shape the major transformation in the industry from a leading position.

In the implementation of this strategy, evident success has already been achieved in all fields. For example, Volkswagen has agreed on demanding targets and measures under the pact for the future concluded last fall. These include more efficient ramp-ups, reduced working times through higher plant utilization and improved processes. Key decisions will safeguard the long-term future of the German plants. Starting from 2018, a new model for a sister brand will be produced in Wolfsburg. A fourth model for the Emden plant is in the development phase. The "Center of Excellence" at the Salzgitter components plant is responsible for the development, procurement and quality assurance of battery cells and modules. Pilot production is currently in the planning phase.

The SUV offensive, which is a key element in the product strategy, has been launched successfully. Volkswagen intends to significantly strengthen its presence in this segment and to expand the global model range from the initial two to 19 SUV‘s. With the Atlas, Teramont and Tiguan Allspace, we have introduced three new SUVs in recent months.

Realignment in the regions is also proceeding successfully.
Our substantial restructuring programs are starting to bear fruit: in North and South America as well as Russia, we have grown at an above-average pace and have gained market share during the first quarter. It is especially gratifying to note that deliveries in the USA grew by 10 percent and have almost reached the pre-crisis level within only one and a half years. Following the product lines, the regions also assumed full responsibility for their business at the beginning of the year – this is a key element in the brand's endeavors to make the entire organization nimbler and faster and to improve its performance. The positive effects of autonomy are already becoming apparent. The regions can make faster decisions and are closer to the market and the customer.

Volkswagen's electric offensive is also proceeding at a rapid pace. The new e-Golf1, which has a range of 300 kilometers, already combines everyday practicality and customer benefit. In addition, Volkswagen has given some practical insights into the future of e-mobility with the I.D., the I.D. BUZZ, and the I.D. CROZZ. The I.D. family is based on a new electric vehicle architecture which will lay the technological and economic foundation for the majority of the Group's future electric vehicles.

A strong first quarter of 2017 in terms of sales revenue, sales and return on sales

The current financial indicators show that the Volkswagen brand is on the right track. Volkswagen applied a new reporting structure for the first time in the first quarter of 2017. Previously the figures also included sales revenues and sales of other Group brands as a result of the consolidation of multi-brand importers and retailers. In future, these sales revenues and sales will be reported at the Group level together with the sales revenues of certain service companies not performing services solely for the brand.

For 2016, this would have resulted in restated sales revenue of about €74 billion, instead of the figure of €106 billion previously reported. The operating result would have been €1.6 billion instead of €1.9 billion and return on sales would have been 2.1 percent instead of 1.8 percent. "Structural realignment makes the Volkswagen brand more transparent, allows better comparison of our financial indicators with those of our competitors and allows management to focus on the core activities of the brand," Dr. Arno Antlitz, member of the Volkswagen brand Board of Management for Finance, explained.

Volkswagen started 2017 significantly better than the two previous years. With deliveries of about 862,000 vehicles, sales revenue reached €19.0 billion and the operating result rose to almost €0.9 billion. The operating return on sales improved to 4.6 percent. Factors which had a positive impact were volume development, price and mix effects, the reduced use of sales aids, exchange rate effects and a significant reduction in product and fixed costs.

"By exercising strict cost discipline, we succeeded in keeping our fixed costs at or around the previous year's low level in the first quarter of 2017 despite the planned SUV offensive and despite the advance outlay required for our electric architecture and digital ecosystem," said Antlitz.

For 2017 as a whole, Volkswagen predicts that the positive business developments recorded in the first quarter will continue. Sales revenue is to increase by up to 10 percent over the comparable figure for the previous year and the operating return on sales is to be at the upper end of the predicted forecast range of 2.5 to 3.5 percent. Antlitz: "This means that we are on course to achieve our mid-and long-term margin targets of at least 4 percent by 2020 and 6 percent by 2025. We will examine these results targets with a critical eye and raise them the moment we consider that what we have achieved is sustainable going forward. Until such time, we will concentrate on implementing the pact for the future and our strategy Transform 2025+."

In the further implementation of its strategy, Volkswagen intends to continue the successes achieved to date over the course of the year. "The first good quarter gives us a tailwind for the coming months. However, it is also clear that this year cannot be taken for granted. It is now crucial that we resolutely stay the course and continue to carry out our tasks," said Brand CEO Diess.

The main focus in the current year will be on strengthening competitiveness. Volkswagen intends to increase productivity this and next year by 7.5 percent. Improved ramp-ups, cost discipline and the continuing product and profitability offensive in the regions will also contribute to competitive positioning. In North America, Volkswagen plans to launch two new models each year up to 2020. The losses in this region are to be significantly reduced this year and the brand plans to reach break-even point in North America in 2020. This target date also applies to all the other regions which are currently not recording a profit. In South America, Volkswagen will continue to implement the restructuring program. At the same time, the product portfolio will be rejuvenated and broadened. In China, it will be vital for Volkswagen to defend its market leadership, for example with nine further models by 2018. The main focus will be on locally produced new energy vehicles.

Across all regions, Volkswagen has started the biggest product offensive in its history with a view to stabilizing and gaining market shares. More than ten new models are being launched this year alone. Five of those are genuine new products without predecessors. By the end of 2018, seven new SUVs will be launched globally – two of them before the end of this year. Among these, the T-Roc will make a key contribution to the increase in volumes and earnings.

Volkswagen will also continue to forge ahead with its electric offensive. The long-term goal is clear: by 2025, the brand plans to be the world market leader in e-mobility and to sell 1 million electric cars per year. A key element in the strategy will be the I.D. family. This will initially consist of four models which are to be launched from 2020 onwards. As the first electric car, the I.D. will be produced at the Zwickau plant .

Volkswagen is also stepping up the pace in the key future area of digitalization. This year, Volkswagen is launching the new generation of Car-Net and will begin with the first mobility services. In addition, VW customers will soon be able to have their vehicles retrofitted with the system.

"Volkswagen is making progress with realigning the brand, as the first quarter shows. Despite significant risks, we are confident that we will be able to continue the positive development of the brand, meet our demanding schedule and also achieve our financial targets." said Brand CEO Diess.

Another key topic in the current year is the modification of the diesel vehicles. Volkswagen is making progress to schedule in this area. In Europe, more than half of the vehicles have already received the necessary software update. In Germany, this figure is nearly three-quarters. This means that over 2.6 million vehicles have been modified. By the end of the year, all Volkswagen brand vehicles are to be modified.