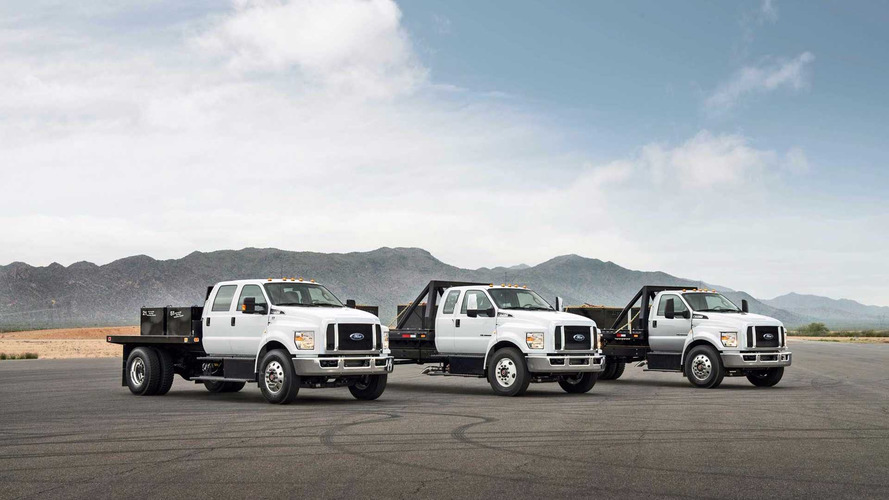 Heavy-Duty truck sales for the manufacturer were down 20 percent in April.

Things aren’t all hugs and puppies in the world of Ford. According to The Detroit News, the number two U.S. automaker is laying off 130 workers at its Avon Lake, Ohio plant. The facility builds medium and heavy-duty commercial vehicles, including F-650s, F-750s, E-Series cutaways and various cab/chassis models. Production will scale down to a single shift at the plant, and while Ford says the layoff is temporary, workers aren’t expected to return until fall.

The layoffs come amid a significant downturn in sales for Ford’s heavy-duty lineup. The manufacturer posted a 20.2 percent decline in heavy-duty truck sales last month versus the same period last year. Overall, heavy-duty sales are down over 10 percent for the year. And the pain isn’t being felt just by the big trucks – F-Series sales fell ever-so-slightly by 0.2 percent while Transit sales fell 20 percent. Blue Oval truck sales overall were down 4.2 percent.

In March, President Donald Trump gave a speech from GM’s shuttered Willow Run assembly plant in Ypsilanti, Michigan, where he postponed the EPA’s final review of fuel economy standards until next year. In the speech he also promised to clear road blocks for Detroit automakers, however the entire U.S. auto industry is currently experiencing its biggest slump in years. Overall U.S. light-vehicle sales fell 4.7 percent in April – the fourth straight month of declining figures.

With declining sales and layoffs already taking place, are automakers experiencing a temporary bump in the road? Or could this be a prelude to a larger trend, and some analysts are suggesting?