Volvo's smallest crossover is almost ready to compete against the BMW X1 and Mercedes-Benz GLA-Class.

Volvo intends to complete its core crossover range this fall with the debut of the XC40 sometime this fall. For an early preview, our pals at OmniAuto have now worked up a render imagining the road-going shape of the Swedish brand’s smallest CUV.

Volvo previewed the XC40’s look with 2016’s 40.1 concept. OmniAuto takes this angular design as a starting point but softens the lines to look more realistic for the road. The Swedish brand’s Thor’s Hammer headlights are still present, but this rendering extends the grille farther down the front end. The corner intakes are also larger, rather than the longer, narrower version on the concept. Instead of Volvo’s idea for crisply sculpted details for the hood, OmniAuto rounds off the details for a more subdued aesthetic. 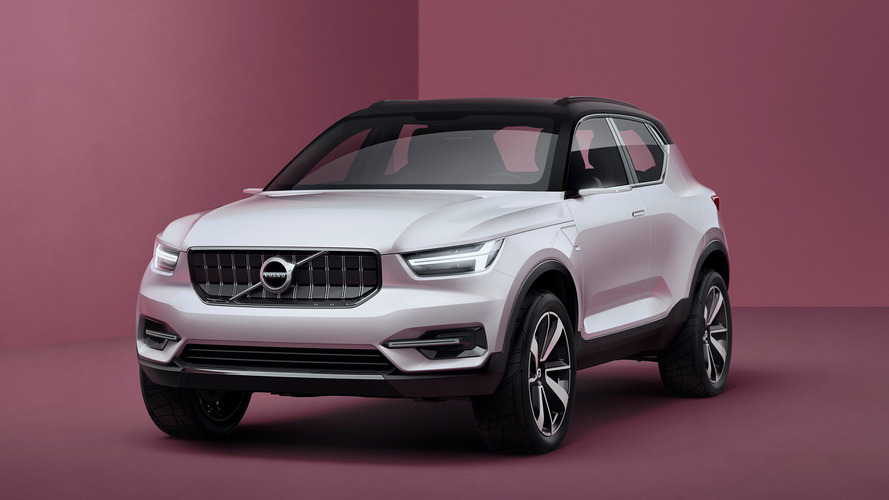 For the profile, the rendering makes the necessary switch to side mirrors instead of the concept’s skinny camera stalks. Much like the hood, the sharply sculpted lines along the side lose some of their hard-edged details here. At the very back, the C-pillar is much more narrow like in recent spy photos, which should improve visibility for the driver.

The XC40 will be the on-road debut for Volvo’s Compact Modular Architecture (CMA), and it will later be underneath the S40 and V40. The adaptable platform lets the company share some components with the Scalable Product Architecture that supports the larger 90-series models.

The XC40’s powertrain range will likely include the company’s T5 Twin Engine unit that combines a 1.5-liter turbocharged three-cylinder with hybrid assistance, and it’ll be good for around 31 miles (50 kilometers) of electric range. Three- and four-cylinder turbo units should be available, too.

The fall debut points to a possible unveiling at the Frankfurt Motor Show in September. If that happens, the first examples could be on the road before the end of the year.