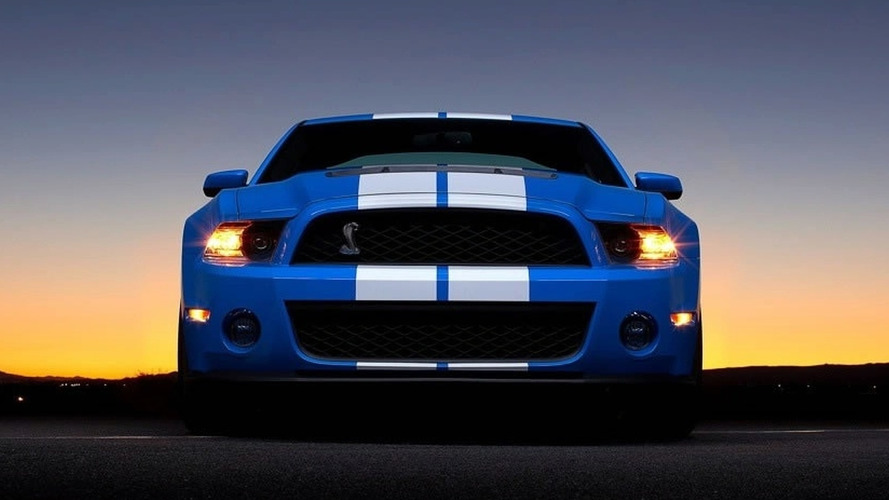 Ford has announced plans to auction off the first production 2010 Ford Shelby GT500 and a pair of Mustang GT concepts at the Barrett-Jackson Palm Beach Collector Car Auction next month.

Ford has announced plans to auction off the first production 2010 Shelby GT500 and a pair of Mustang GT concepts at the Barrett-Jackson Palm Beach Collector Car Auction next month.

The particular GT500 up for auction features a Kona Blue exterior with white racing stripes as well as equipment personally chosen by Carroll Shelby. As with all 2010 Ford Shelby GT500's, power comes from a supercharged 5.4-liter V8 engine that produces 540 horsepower and 510 foot-pounds of torque.

Both of the concepts up for sale debuted at the 2003 North American International Auto Show in Detroit and paved the styling direction for the 2005 production model. The Redline Red Metallic Ford Mustang GT convertible concept boasts a stylish exterior that features a unique rollover bar and 20-inch wheels which cover cross-drilled Brembo brakes. Inside, the convertible has a mix of red and black leather, a billet-aluminum shifter, and a watch inspired instrument cluster.

The car expected to grab the most attention is the Tungsten Silver Ford Mustang GT coupe concept which strongly resembles both the 2005 production model as well as the original 1964 Mustang. Among the key design aspects are retro inspired round headlights, a glass roof, billet-aluminum trim, and a supercharged engine that produces nearly 400 horsepower.

Proceeds from the sale of the Shelby GT500 will go to the Carroll Shelby Children's Foundation while all the funds raised from the Mustang concept cars will benefit the Juvenile Diabetes Research Foundation.