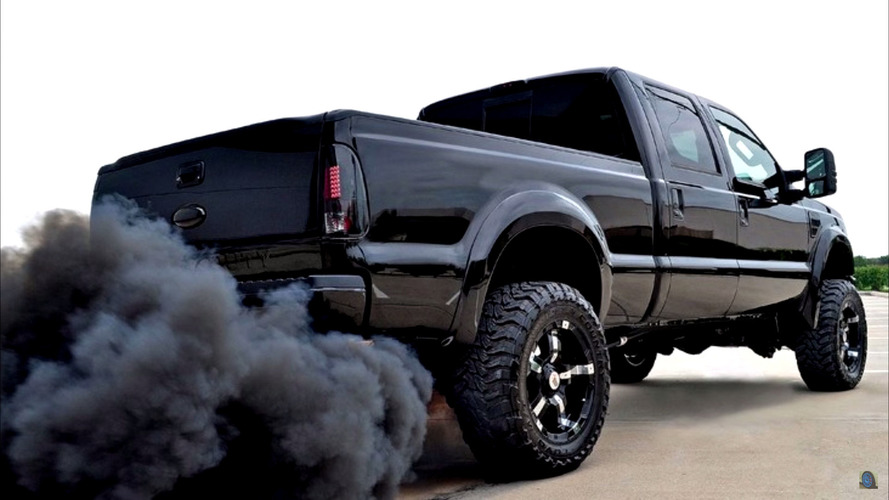 The $100 fine doesn't seem like enough to dissuade people from this repugnant behavior.

In Colorado, creating billowing clouds of black soot from a diesel engine could soon earn drivers a $100 fine. An anti-rolling-coal bill has passed the House of Representatives and Senate in the Colorado General Assembly, and now the measure has moved to the desk of the state’s governor, John Hickenlooper.

Rolling coal is the term shooting clouds of soot from a diesel engine, generally in an American pickup truck. If the bill passes, doing this in “a manner that obstructs or obscures the view of another driver, a bicyclist, or a pedestrian” would be a Class A traffic infraction in the state.

According to The Colorado Independent, Democratic State Representative Joann Ginal has proposed similar bills two times before, but neither of them made it through the Senate. For the latest attempt, she teamed up with Republican Senator Don Coram and was able to get the measure through both houses of the legislature.

Rolling coal is already illegal nationwide because it requires unlawful modifications to a model’s emissions system, but there’s very little enforcement of this rule. Until Colorado’s governor signs this bill into law, New Jersey is the only state to explicitly ban the practice.

According to Colorado’s fiscal analysis of this bill, some officers have already cracked down on people rolling coal. From January 2014 to January 2016, the cops fined three people tampering with a model's air pollution control system. In addition, five people were caught for creating “visible emissions” from a diesel-powered vehicle.

If you’re lucky enough to live in an area where rolling coal isn’t prevalent, check out the clip below for a plethora of examples. Not only is the soot bad for the environment, it’s potentially dangerous to bystanders’ health, too. For example, a group of doctors in Utah sued the tuner Diesel Brothers in 2016 because of the potential harm to patients.