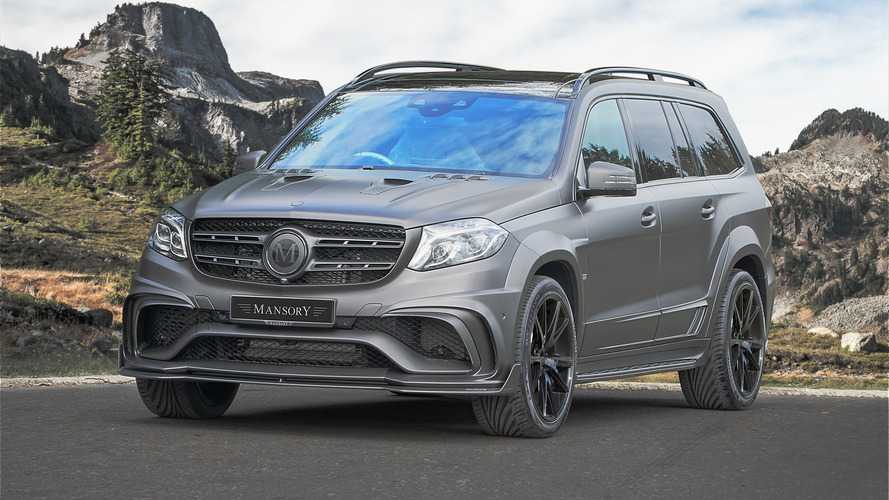 Leave it to Mansory to take the brutal SUV and turn it into something even more frightening.

Have you ever looked at the Mercedes-AMG GLS63 and thought it’s too restrained? No? Neither have we. However, some people seem to think the fullsize performance SUV is in need of a shot of testosterone otherwise Mansory wouldn’t have come up with this in-your-face package. As one would expect from such a controversial tuner, its latest creation makes the flagship GLS stand out even more thanks to an extended body widening the already big SUV by 25 millimeters (one inch) at the front and by 40 mm (one and a half inches) at the back.

Read our review of the GLS63:

While large SUVs like the GLS are far from being the most aerodynamic cars in the world, Mansory says its new set of side skirts were developed not just to make the vehicle look meaner, but also to boost airflow. To enhance cooling of the uprated engine, the tuner also got rid of the standard hood and installed a lightweight piece featuring extra gills allowing the biturbo V8 breathe better.

The back of the GLS63 is home to a roof-mounted spoiler and a redesigned bumper with side vents as well as a beefy diffuser with a central light akin to F1 cars. Rounding off the changes on the outside are the massive 22-inch wheels created specifically for this car and paired with a lowering module for the Airmatic suspension. At the touch of the button, the ride height can drop by as much as 30 mm (1.2 inches).

Stepping inside the cabin, all the aftermarket updates can’t hide the fact the GLS is really showing its age. The current, second generation started its life as a GL back in 2012, hence why the dashboard looks so out of date. Mansory did try to spruce things up with a new look for the steering wheel, custom leather upholstery, and numerous carbon fiber accents, but it still looks kind of old fashioned compared to its rivals.

The GLS63 is a sight to behold in its own right, but with this makeover from Mansory it’s even more of an eye-grabber, although not necessarily in a good way.