Alonso On Cornering At 227 MPH: 'The Right Foot Has Its Own Brain!' 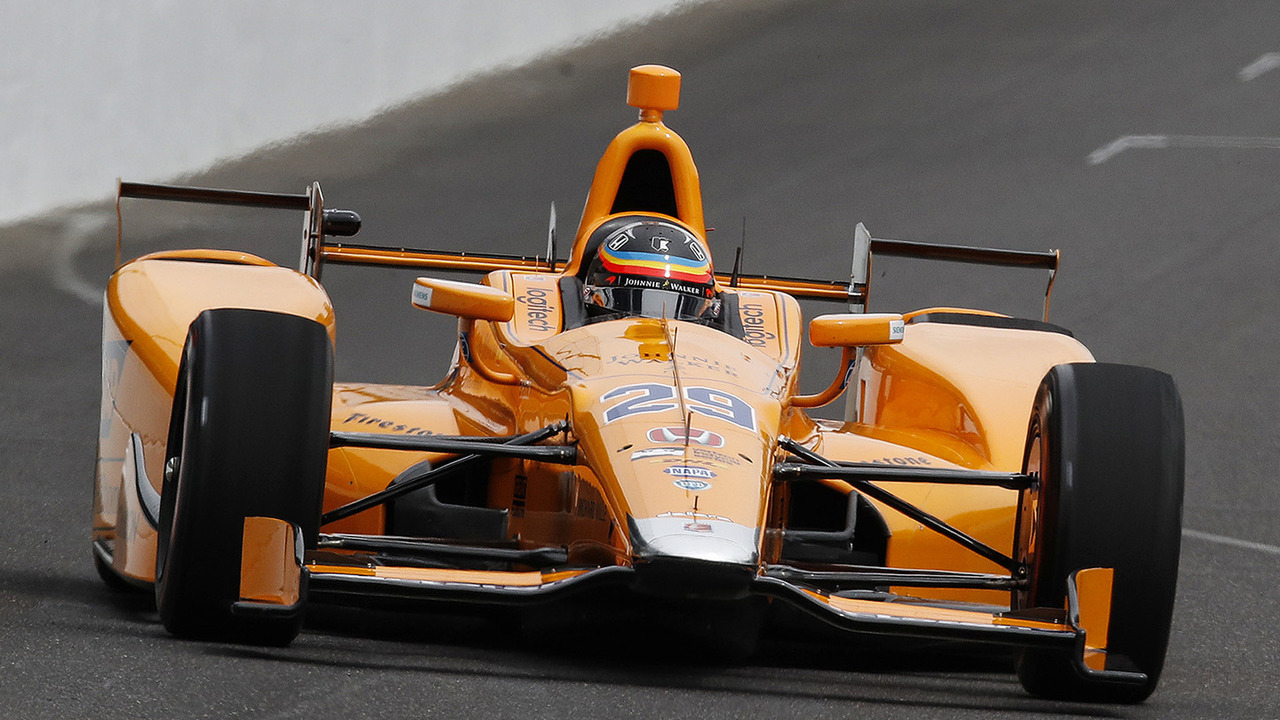 Fernando Alonso has admitted that he was initially intimidated by turning into corners at around 227mph but is now able to lap the Indianapolis Motor Speedway flat all the way around.

“It’s a little bit gusty now, and the wind picked up in the last couple of runs, but it’s good information to have some difficulties out there,” said Alonso. “But everything went fine so far.”

Asked if he was getting comfortable, Alonso replied: “Not at all! I was getting up to speed, but the circuit looks so narrow when you are at that speed. When you watch on television or you are on the simulator, everything seems bigger and easier but when you are in the real car, it is very, very narrow. So I was trying different lines but really not as comfortable as I will be probably in a couple of weeks’ time.”

He said, too, that he had been learning how to adjust the car with his in-cockpit tools, as the team started trimming the car out, allowing it to move around.

“When you put new tires on, it masked the problems,” he said. “It masked a little bit the lower level of downforce. So now we’re playing a little bit with old tires, new tires and different trims. But I play a little bit with the front bars, the weightjackers – all these are new things for me that I really need to have a taste of now.”