Mercedes-AMG Project One: Everything We Know 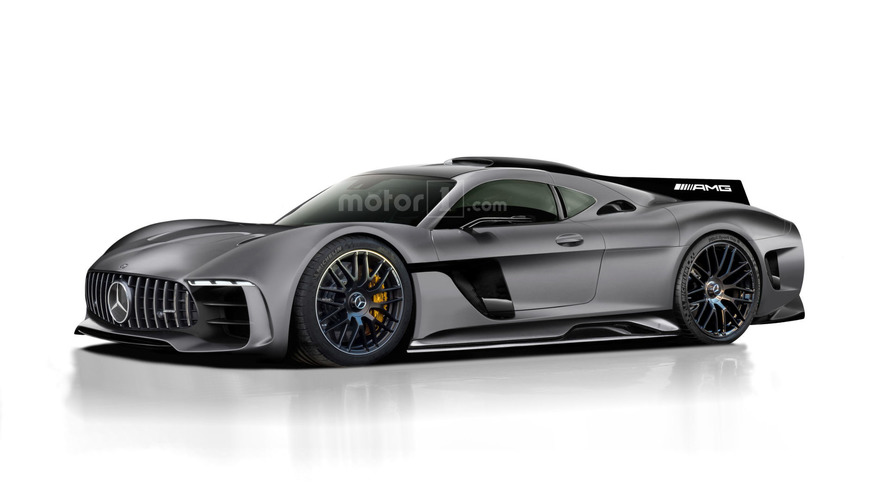 The Mercedes-AMG Project One debuts at the Frankfurt Motor Show as the brand's ultimate hypercar.

Mercedes-Benz didn’t bother to compete in the hypercar wars when the Ferrari LaFerrari, Porsche 918 Spyder, and McLaren P1 hit the scene. By waiting to see the best that the competition offered, the German brand may have opened up an opportunity for its Project One to be an even more impressive vehicle. Mercedes isn’t yet divulging much about the Formula-One-inspired coupe, but here’s everything we know about it as of a few weeks before the September debut.

The Project One is Mercedes-AMG’s effort to bring innovations from Formula One directly to the road. The racing-inspired coupe would use a carbon fiber monocoque. The overall weight would remain low and could be between 2,900 pounds (1,315 kilograms) and 2,200 pounds (1,000 kilograms). Upon officially confirming the model’s existence in September 2016, Head Mercedes-Benz Cars Development Thomas Weber promised: "There will be no compromises in terms of the emotion appeal of this car."

As information about the Project One continues to leak out, we have a better idea what the hypercar might look like. The image above comes from a render of Mercedes' Frankfurt Motor Show stand, and it shows the Project One with a broad grille, skinny headlights, and roof-mounted air scoop.

Mercedes official teasers (below) show the Project One looking like a road-going Le Mans prototype. The cockpit hunkers just above the front fenders, and the following roofline features a prominent scoop for feeding cool air to the engine. A prominent fin extends high above the tail, and massive rear fenders suggest equally gargantuan tires back there.

In addition, renders like the ones below use the teasers as a starting point for imagining how the rest of the Project One might look.

The Project One’s powertrain is the part of the hypercar that we know the most about. A turbocharged 1.6-liter V6 with hybrid assistance borrows its structure extensively from Mercedes-AMG’s 2015 W06 Hybrid Formula One car. For use on the road, the engine receives new components for the crankshaft and pistons, along with revisions to the electronics. The tweaks let the mill last 31,000 miles (50,000 kilometers) between rebuilds, which hints at how highly strung the powerplant would be.

The internal combustion engine features two electric motors. One of them acts as a compressor for keeping the turbo spooled up, and the other adds an extra 161 horsepower (120 kilowatts) to the crankshaft. In addition, there are two more electric motors on the front axle. These help with straight-line acceleration and provide some all-wheel-drive traction. In total, the Project One's maximum output could be as high as 1,020 hp (761 kW), and the hypercar might manage around 15 miles (24 kilometers) purely on electric propulsion.

The biggest change to the engine versus its F1 counterpart would be reducing the revs at idle to something more civilized than the racer’s 4,000 rpm. AMG boss Tobias Moers promises the redline would still be above 10,000 rpm, though.

The sophisticated drivetrain weighs around 925 pounds (420 kilograms). This means the engine, motors, and batteries are responsible for roughly a third of the hypercar's estimated curb weight of 2,900 pounds (1,315 kg).

Mercedes-Benz allegedly charges 2.4 million euros ($2.6 million) for each Project One. However at this point, that figure is a technicality because the company has buyers for the entire run of 275 units. So even if buyer has the cash now, the person would need to negotiate with a current reservation holder to get a spot in line for the hypercar.

When Will See It?

Mercedes-AMG will let the public see the Project One for the first time at the Frankfurt Motor Show in September. Actual deliveries won’t begin until 2019. Wealthy potential buyers allegedly got to see an 85-percent finished example in Switzerland in April.