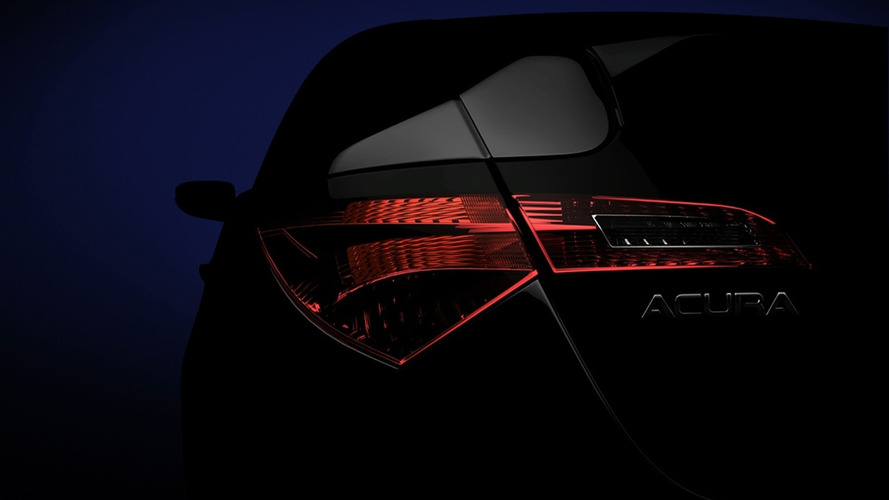 Now that our spy photographers have been catching glimpses of the upcoming Acura sports crossover with some regularity, the company has released an official image of their new BMW X6-fighter.

Now that our spy photographers have been catching glimpses of the upcoming Acura sports crossover with some regularity, the company has released an official teaser image of their new BMW X6-fighter today. Additional teaser images were reserved for release later this week, but thanks to some clever folks at Acurazine.com we can now show you all of them.

Although Acura avoided providing any details with the images, it is clear that the new model will be based off the MDX but will ditch its conventional sport-ute styling in favor of the "four-door coupe on stilts" appearance pioneered by the BMW X6. From the photos, it appears the as of yet unnamed Acura CUV will feature bold styling with bulging front and rear well-wheels as well as hidden rear passenger door handles which helps to reinforce the coupe-like design. Reports indicate that the new crossover will adopt Acura's latest styling theme, meaning we can expect a version of the company's shield grille to appear up front while the rear could have a pointed tail similar to that of the TL.

Power is expected to come from Acura's 3.7-liter V6 engine which produces 300 horsepower and 275 lbs.-ft. of torque. Rumors have also suggested that the new Acura could become the first model to feature a V8 engine, but that seems highly unlikely. More certain is the fact that the new crossover will come equipped with the company's much praised SH-AWD (Super Handling All-Wheel Drive) system.