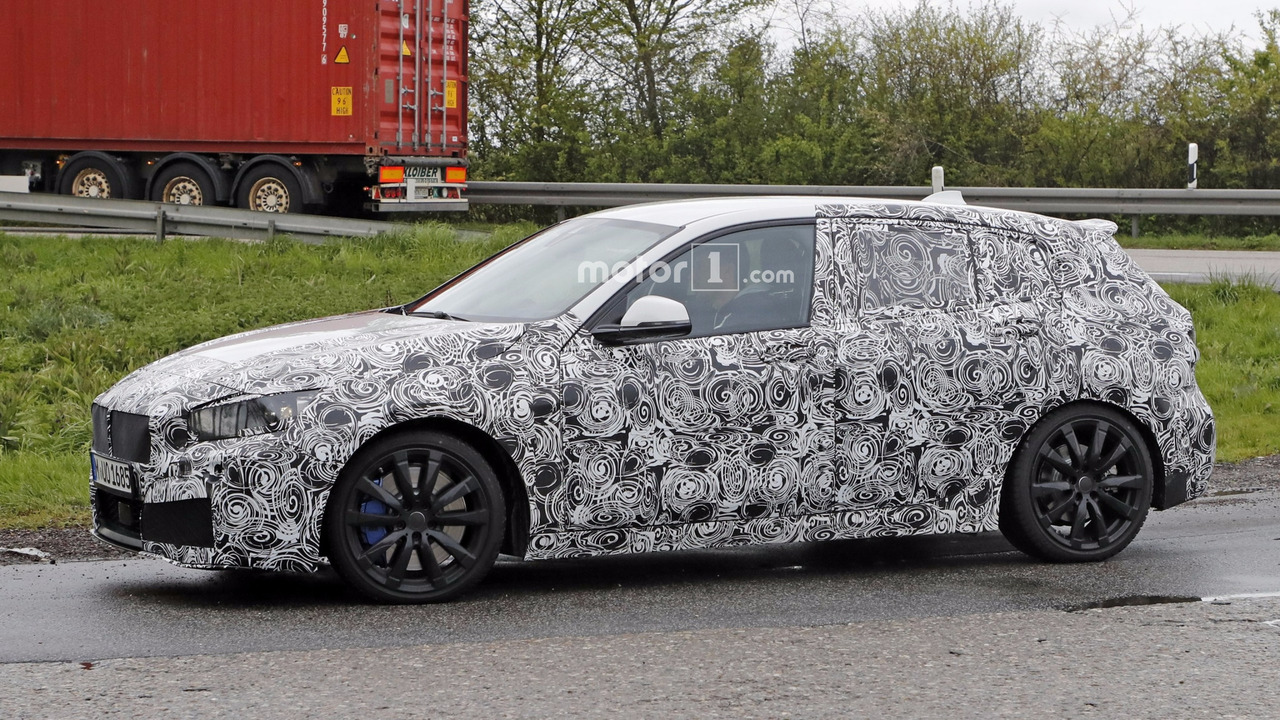 Will lose the six-cylinder in favor of a smaller four banger.

After the X1 and 2 Series Active Tourer & Gran Tourer minivans, yet another BMW is preparing to land with a front-wheel-drive layout. The second generation of the brand’s entry-level model has been around since way back in 2011, so it doesn’t come as a surprise this partially camouflaged prototype of the all-new car already has most of the production parts.

If you look closely at the body, you’ll see there are extra panels slapped onto the real metal and plastic using black rivets. That represents BMW’s way of saying it’s not willing just yet to show us the goods. The same thing can be said about the taillights, which are provisional at this point, although the final shape of the clusters will likely remain the same. Despite the heavy disguise and some temporary bits, already we can tell the new 1 Series will represent a major departure in terms of design when compared to the current car.

It’s not just the styling that has changed, but also the hatchback’s proportions. It appears to be wider and longer than today’s 1 Series and that will translate into a more spacious cabin also helped by the switch to a FWD layout. While the prototype spotted three weeks ago was a normal version, now we might be looking at a hotter version taking into account the front blue brake calipers, lowered sports suspension, and the dual exhaust tips at the back where there also seems to be a prominent roof spoiler. The disguise applied onto the front bumper could be there to mask a pair of beefier vents.

If this is indeed a higher-spec model, it might just be the new M140i. Besides the obvious changes, there is going to be one other major difference between the old and the new. Since the next-gen 1 Series will get the UKL platform, it means the straight-six engine of the outgoing model will have to make way for a smaller four-cylinder unit likely hooked up exclusively to an xDrive setup.

There’s still a lot of testing that needs to be done, so don’t expect the new BMW 1 Series to come out in the near future. Our guess is the second half of 2018. It’s not known at this point whether the three-door version will live to see a new generation or if the sedan will finally be sold outside China.

Meanwhile, recent spy shots have shown the current 1 Series will get a second facelift, albeit this time around the changes will be minimal when compared to the previous and rather drastic refresh.

If you want a small RWD hatchback with a raspy six-cylinder engine, hurry up as time is running out.