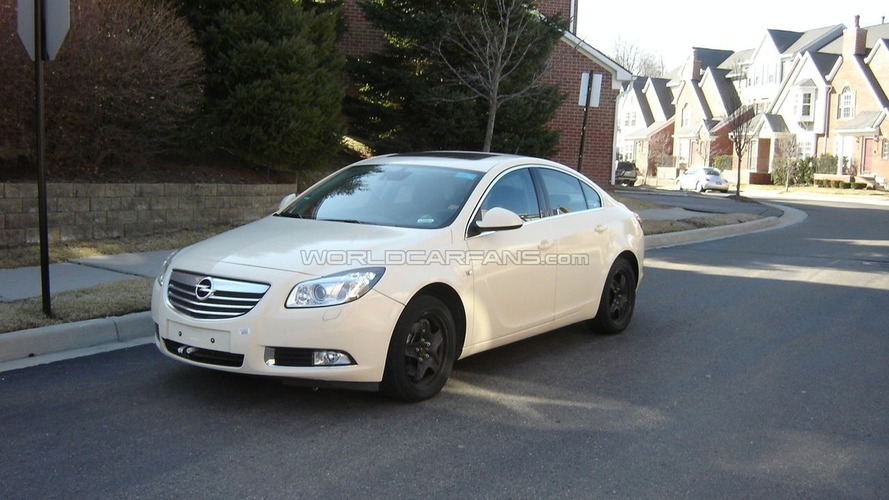 A 2009 Opel Insignia has been snapped in Michigan by a WCF follower. Although the car was and still is in the States, confirmation of its US production moniker being Cadillac or Buick could not be fully established.

A WCF regular spotted this Opel Insignia sedan driving out of a suburban garage in Michigan while he was walking his dogs. According to the reader he was able to take these clear pictures and talk to the driver who also had a 2010 Cadillac CTS wagon in the vicinity.

The driver/ engineer was apparently not too cagey on the fact that the Insignia is being considered for the US but the high costs of reengineering cars of European origin to meet US regulations were quite prohibitive for parent General Motors at this point. Therefore he could not comment on whether it would really wear a Buick or Cadillac badge as it has been speculated.

Opel launched the Insignia in April 2008 after much spy activity. Seven months later it was voted European Car of the Year. The Insignia comes with FWD or AWD drive configuration depending on the model and is being offered with a range of seven engines in the European market. Among them are a 260hp (191kW) V6 and a 160hp (118kW) turbo diesel. Currently three bodies are being made; a four-door sedan, four-door hatchback and wagon.

Thanks for the great tip Uwe!