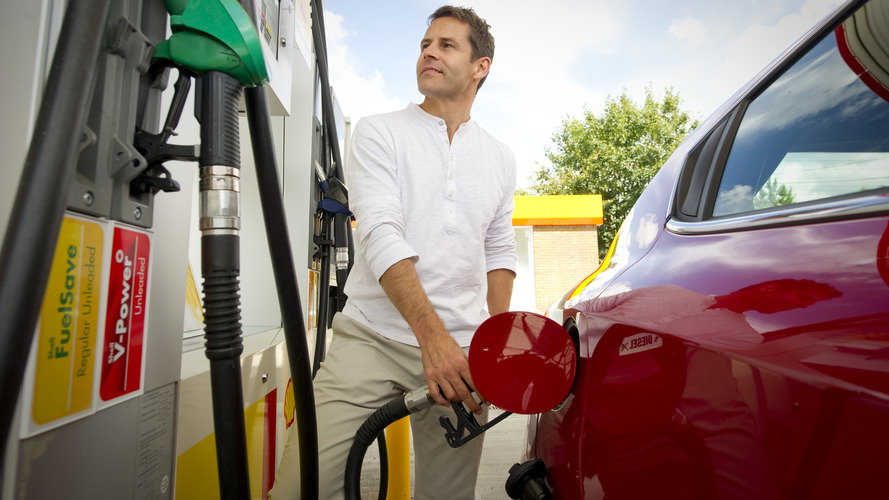 The switch means higher prices at the pump, though.

Building engines to take advantage of higher octane gasoline could be a relatively simple of boosting fuel economy and horsepower of vehicles in the United States. The change will mean paying at least 10 cents more per gallon more than existing premium fuel, though.

According to The Detroit Free Press, the auto industry and oil companies are in agreement that higher octane is the right way forward, but they don’t yet know how to present the idea to drivers. The firms worry that people might have sticker shock about the higher prices even if their next vehicle has better fuel economy and makes more power.

The octane rating that you see at the pump is a measure of a fuel’s resistance to detonation. A larger figure indicates the gas can withstand higher compression ratios. Engineers can then design a power plant to take advantage of this extra capability.

Gasoline grades in the U.S. currently vary from around 87 to 93 octane depending on the state. According to The Detroit Free Press, a jump to 98 octane could allow for a 10 percent boost in fuel economy over current premium fuel. One engineer even advocates for a figure as high as 114 octane but admits the cost would probably be too high for the public to accept.

“Increasing octane could be the lowest-cost way to raise fuel economy,” an anonymous automaker executive told The Detroit Free Press. “It costs far less than developing a new transmission, for instance.”

Such a massive change in octane of gasoline that the nation uses couldn’t happen over night. The initial introduction of these new fuels wouldn’t happen until at least 2021. In 2016, the acting head of the Environmental Protection Agency’s Office of Transportation and Air Quality even suggested sometime after 2025 as a point to launch higher-octane gas, according to Automotive News.

Unfortunately, these changes would benefit relatively few drivers at first because here’s no fuel economy advantage when putting higher-octane fuel into an engine that can’t support it. Owners already waste billions of dollars every year putting the wrong grade of gas in their vehicle.