A giant metal pole isn't the most sophisticated weapon, but it can probably do some serious damage in this bot's hands.

Whether its Mechagodzilla, Voltron, Gundam, or Pacific Rim there’s something undeniably cool about the image of a giant robot throwing punches. Soon there could be an entire sports league of these massive machines bashing each other, and the newly unveiled Monkey King bot from China could be among the first to kick some shiny metal butt.

The Chinese firm Greatmetal has unveiled the first prototype for the Monkey King at the Global Mobile Internet Conference in Beijing, according to Fox News. The design seems to take a little inspiration from Transformers because the bot can convert itself into moving either on all fours or as a bipedal machine. A giant metal bar looks like a simple but effective weapon for destroying any challengers, too.

Monkey King would potentially be the third entry in the MegaBots Giant Fighting Robot Sports League. The first fight tentatively happens this August between the American-made MegaBots Mark III and Japan’s Kuratas by Suidobashi Heavy Industries. In its description for the Monkey King promo video, MegaBots indicates the Chinese bot could be in the series’ second battle. 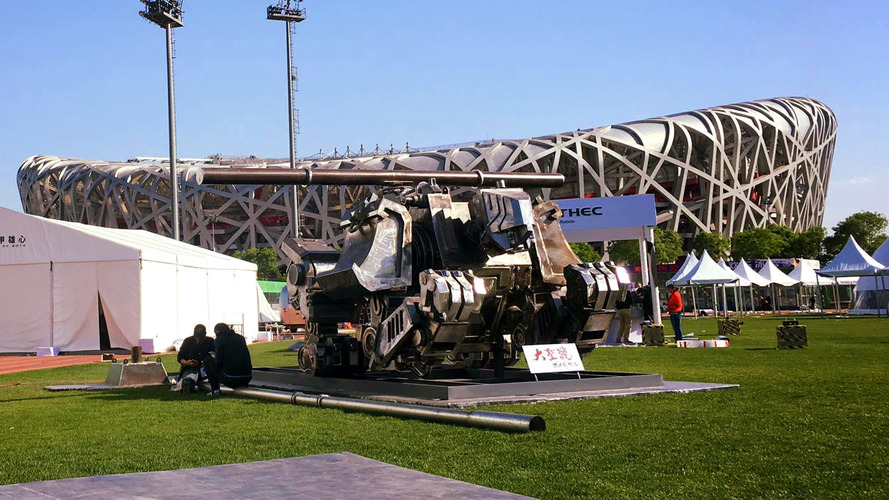 Check out the clip below for more info about the MegaBots Giant Fighting Robot Sports League. The goal is to be a mechanized version of the UFC, plus a little Formula One. Teams would build bots, and they would feature logos on sponsors. The battles would pit a pair of them against each other, but there would also be promotional appearances like at this event in China.

If you prefer robots competing on track instead of seeing them rip each other apart, Roborace is getting closer to launch, including a semi-successful demonstration during a Formula E race. The company’s CEO predicts it could be at least two years before a full field of them is dicing on a circuit.