Jaguar Le Mans Rendering Imagines An XJ220 Of The Future 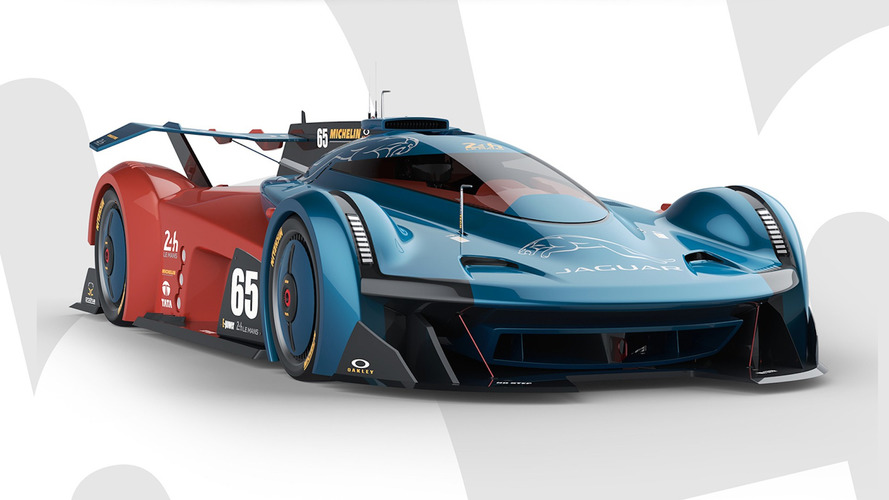 Look out Le Mans, Jaguar is back... at least digitally.

In 1990, Jaguar won the 24 Hours of Le Mans with its famed XJR-12 race car. In 1993, the team fielded three XJ220s, though not as successful. Since then, the British automaker hasn’t seen the top side of an endurance track in more than 20 years – but one designer hopes he can change that with his latest concept.

It’s dubbed the SS-107, and it was imagined by Serdar Soyal of Turkey, Senior Designer and Industrial Design Team Leader of the transportation design studio Soyal Creative, as part of this year's Michelin Design Challenge. The concept previews an entrant into the 2030 24 Hours of Le Mans, celebrating the 107th anniversary of the famed racing event (thus the name), and 85 years for Jaguar.

Like many modern Le Mans racers, the SS-107 concept borrows a few common design features. Cues like the low, sloped front end, headlights embedded into the front fenders, and a sail-like rear spoiler all carry over from the current era. Where this concept differs heavily is in the engineering.

Soyal imagines that his Le Mans-bound Jag concept would be completely electric – it is the year 2030, after all. Four battery packs would be located in the wheels, each one paired to an advanced turbine system that helps regenerate the battery while on track, along with body-mounted turbines that do the same.

With its highly advanced powertrain, an estimated range of 660 miles (1,065 kilometers) on a single charge would be achieved, with the ability to switch to fully-charged batteries/tires in as quick as a pit stop. Estimated top speed sits at 288 miles per hour (465 kilometers per hour).

The design was developed around a single monocoque chassis that comes tailored to the driver, and draws inspiration not only from the current crop of Le Mans racers, but also the famed XJ220 road car. A nanotech hydrophilic glass windshield provides uninhibited vision at all time, while a single nano-gel racing seat contours exactly to the driver’s dimensions. Though wildly futuristic, Soyal believes that his concept could be the way forward for the future of Le Mans.