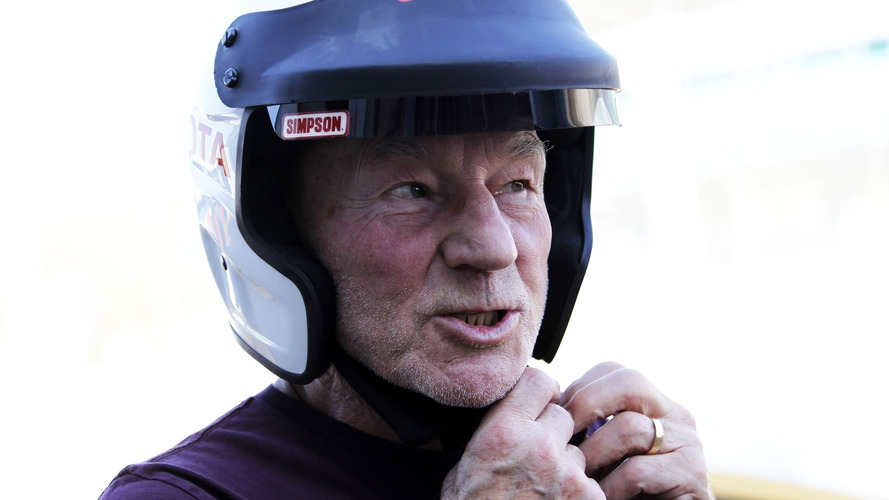 Hollywood star Sir Patrick Stewart OBE will return to the racing scene at the Silverstone Classic in July in an Austin A35.

The Star Trek actor competed in the event when it was run using Morgans in 2012, finishing ninth in a race won by Emmerdale actor and later British Touring Car Championship racer Kelvin Fletcher. Stewart has recently retaken his ARDS test ahead of joining the celebrity section of the HRDC Academy Austin A35 race on the Saturday of the July 28-30 weekend.

“It was a lot of fun,” said Stewart after qualifying for an MSA competition licence. “For someone who has followed motor racing since being a teenager, to drive around Silverstone and negotiate such legendary corners as Becketts and Stowe is just such a thrill.”

The 76-year-old Hollywood A-lister famously played Captain Jean-Luc Picard in the iconic sci-fi series Star Trek: The Next Generation, as well as Professor Charles Xavier in the X-Men films.

“Speed is not a particularly big passion of mine,” he said. “But when you are behind the wheel of a nice car it’s quite exhilarating to open it up, and I am looking forward to the Silverstone Classic very much. Everybody has got a little bit of competitiveness and aggression about them, so it will certainly be entertaining!”