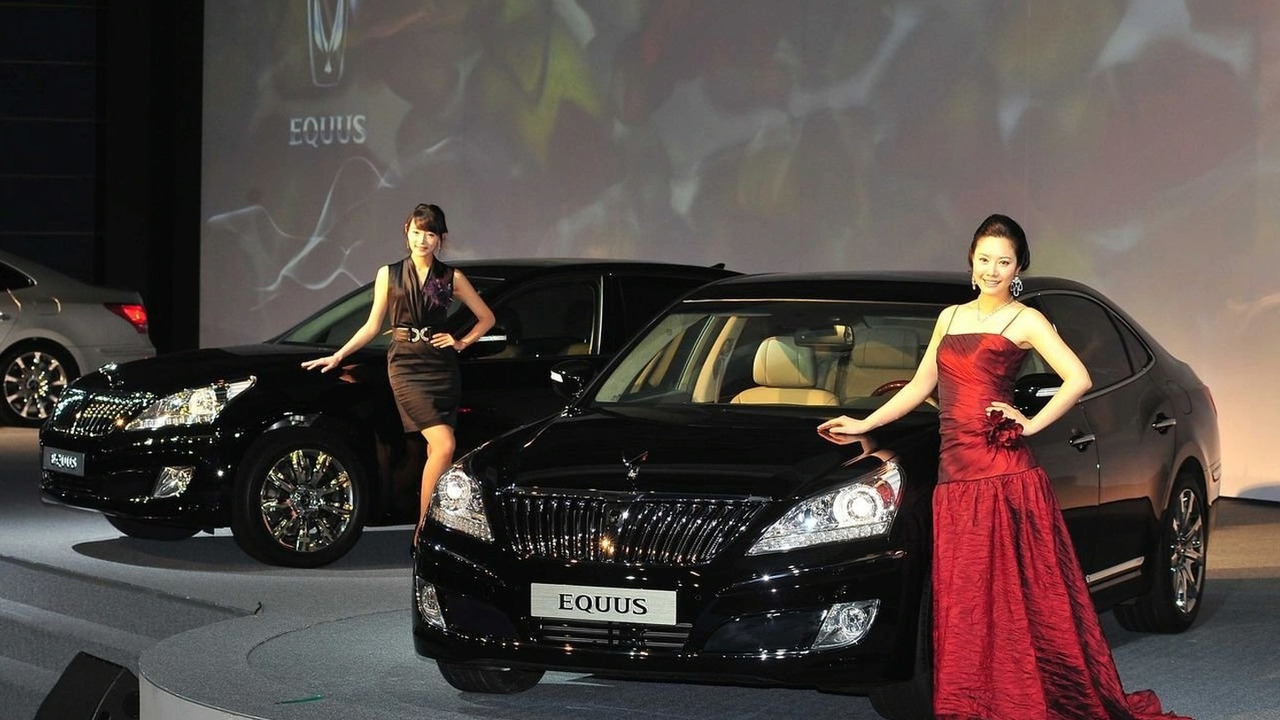 Hyundai's EQUUS has arrived in Korean showrooms with a few more details on the premium-rivaling full-sized sedan.

The EQUUS comes with a choice of two gasoline/petrol engines, the 3.8 liter V6 Lambda or the 4.6 liter V8 Tau. The Lambda pumps out 285 hp and 358 Nm of torque. The Tau is good for 360 hp and 439 Nm of cranking power. Solid numbers but not in any way euro-competitive against the triumvirate of the German premium brands, BMW, Mercedes-Benz and Audi. The EQUUS is slated to be released in China and markets in the Middle East later this year with no news yet on whether the model will be making its way to Europe.

But that's not to say there's nothing competitive in this car. The 5-link suspension coupled with the Amplitude Selective Dampers (ASD) with a state-of-the-art relief valve, likely give the EQUUS a balanced ride with just the right amount of give and take.

There are also some techno-goodies like the electric parking brake, lane-departure warning system, smart cruise control and a 3.5-inch display screen for the driver information system that will make the EQUUS live up to its value for money proposition.

An extended wheelbase version of the EQUUS with a 5.0 liter engine is due later in the year.