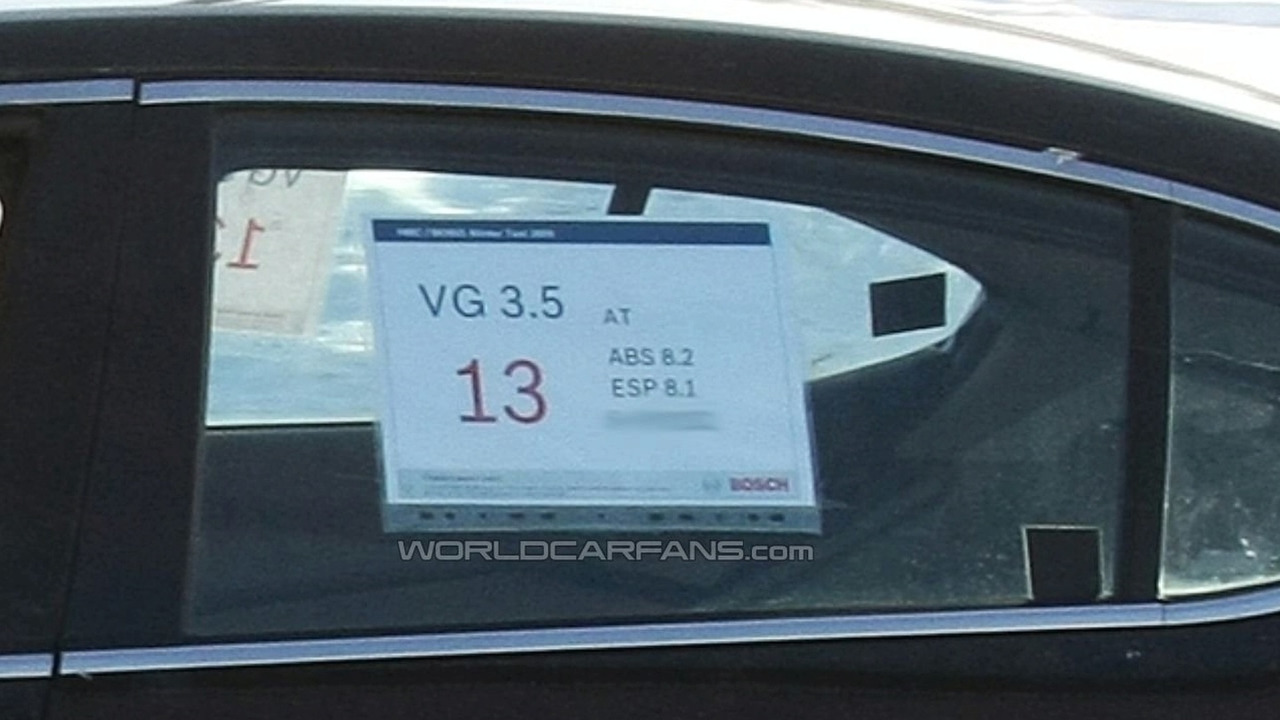 Kia’s upcoming luxury sedan code named VG has been spied under going winter testing near the Arctic Circle ahead of a possible official unveiling at the Frankfurt International Motor Show September.

Kia's upcoming luxury sedan code named VG has been spied undergoing winter testing near the Arctic Circle ahead of a possible official unveiling at the Frankfurt International Motor Show in September.

The Amanti replacement will continue to be front-wheel drive, but rumors have suggested that an all-wheel drive variant is possible. The speculation receives added credibility considering that industry experts Haldex have supplied Kia with a new electronic all-wheel drive system prototype. However, the only thing that is certain is that the VG will be based off a version of the Hyundai Azera/Grandeur platform which means the car will be slightly longer and wider than today's Amanti.

Kia has apparently set the lofty goal of stealing sales away from Volkswagen's new Passat CC, so expect the Amanti VG to come equipped with a host of high-end details and premium amenities. Among the items tempting to sway buyers in Kia's direction are a stylish exterior with projection headlights and LED tail lights as well as a new interior that will feature a more luxurious appearance.

Power for this prototype comes from Kia's 3.5-liter V6 engine but several other engine options are also expected to make their way under the hood, but nothing has been confirmed as of yet.