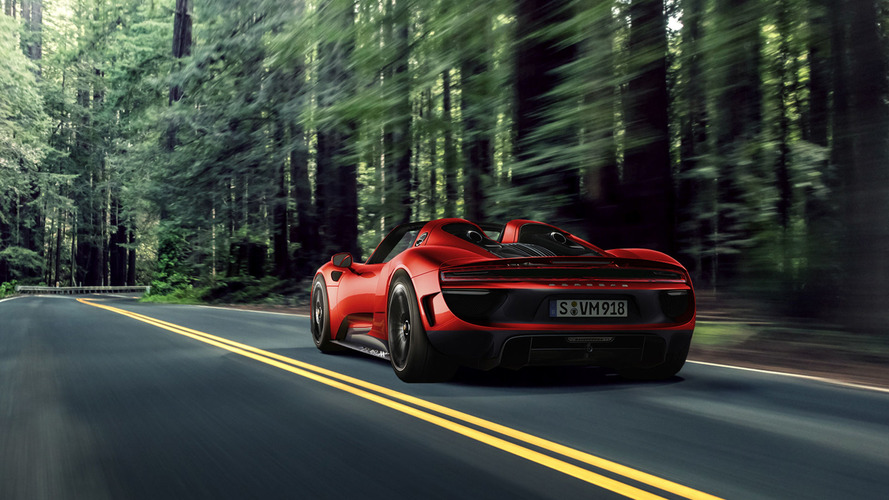 Too bad it will never happen.

The average car has a life cycle of about 7-8 years, but a hypercar is far from being average. These high-end automobiles are available for a limited amount of time and only a few hundred are produced. Case in point, the Porsche 918 Spyder made its official debut in production guise in September 2013 at the Frankfurt Motor Show and in June 2015 after 21 months in production, the 918th and final hybrid hypercar reached the end of the assembly line. And it’s not coming back.

Nevertheless, Aksyonov Nikita from Saint Petersburg decided to imagine the impossible: a Porsche 918 S acting as a facelift for the former quickest production car around the Nürburgring (6:57 time). The stunning Mission E concept was his source of inspiration, especially at the back with the lovely continuous taillights that suit the hypothetical machine quite nicely. Also at the hypercar’s derrière, the bumper has been remodeled and now contains a pair of vents placed its extremities.

As far as the front fascia is concerned, the Mission E’s all-LED headlights have been implemented while the hood has received a central fin. Some mild changes to the bumper can also be noticed, along with the extra set of side vents. All in all, we believe the changes at the back are more effective than those at the front.

Porsche has already confirmed there will be a successor for the 918 Spyder, but we’ll have to wait until around the middle of the next decade. The company's global chief, Oliver Blume, revealed a while ago special models like the 918 Spyder usually come once every 10 years and since the car was phased out in 2015, it means a replacement will land in 2025 or so. Development hasn’t even started yet, so it’s going to take a while until we’ll see at least a concept or something similar that could act as a preview for the real deal.