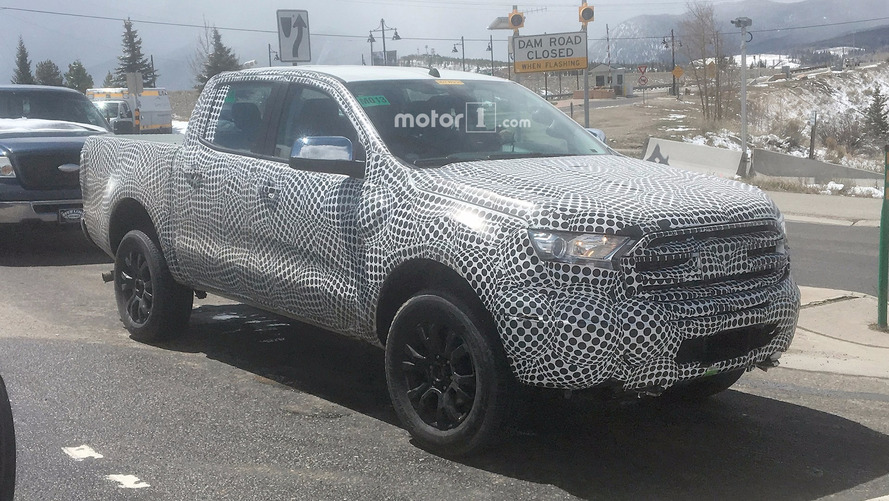 Putting that EcoBoost V6 to work up in the mountains.

Fans of the Ford Ranger have been waiting anxiously for the pickup truck’s return to American shores. But wait no longer, new spy shots show the all-new Ranger testing in public here in the U.S. – specifically the high-altitude roads of Colorado. It's just the second time we've caught the Ranger testing here in the U.S.

Wearing a healthy amount of camouflage, it’s still hard to distinguish any final design cues. Reports suggest that, unlike the current European Ranger, the U.S.-spec Ranger will get a more distinctive design in-tune with North American buyers. Expect styling cues to match the current F-150 – similar to the concept we rendered here – with both Crew Cab and Super Cab options available to buyers.

Under the hood, power will reportedly come courtesy of both an EcoBoost four- and six-cylinder engine, and maybe even a diesel if we’re lucky. The direct-injected biturbo EcoBoost V6 could act as the range-topping engine choice, while the new ten-speed automatic – co-developed with GM – will come standard. Naturally, both two- and four-wheel-drive options will be available.

The new Ranger will ride on a revised version of the current T6 platform that underpins the Euro-spec Ranger. That platform will also underpin the new Bronco, both vehicles will be built in the U.S. at Ford’s Wayne, Michigan production facility, though most of the engineering and development will take plat at Ford’s Asia-Pacific Engineering Center in Victoria, Australia.

But don’t get too excited just yet. The Ford Ranger won’t make its American debut until at least 2018, where it’s then expected to go on sale for the 2019 model year. Keep your eyes peeled at next year’s Detroit Auto Show where the pickup is likely to make its full debut.