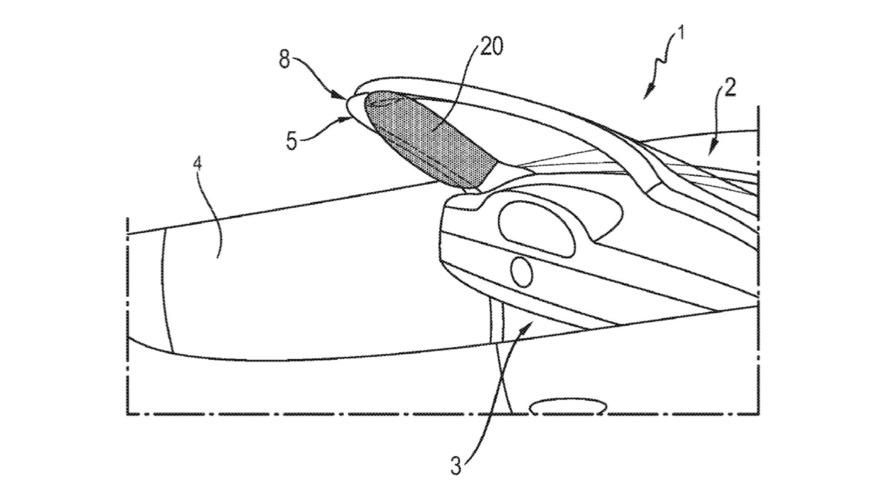 These airbags would keep occupants from hitting their head on the A-pillar in an accident.

Porsche has patented an A-pillar-mounted airbag that could conceivably make a convertible much safer in a crash. There’s nothing stopping the company from incorporating this idea into fixed roof models, too.

Porsche’s patent illustrations show how the airbag would extend the long the length of the A-pillar. According to the company, the device would protect occupants in a crash where a person’s body moves toward the corner of the vehicle. In addition, the automaker suspects that this tech would be especially useful in a convertible because the lack of a roof support can make passengers more at risk in a collision.

Porsche’s A-pillar airbag could be especially helpful for better results in tests like the Insurance Institute for Highway Safety’s small overlap test. The evaluation focuses the force on just a small portion of the front corner of the vehicle. During the impact, the dummy’s head often slides off the side of the steering wheel airbag. Generally, the side-mounted airbag controls this movement, but there are cases where the dummy hits the A-pillar. By having an airbag there, the risk of injury would be far lower.

Porsche filed for this patent on October 19, 2016, but the United States Patent and Trademark Office just published it on April 27, 2017. Given this timing, it’s possible the company’s cabriolets could have this safety tech quite soon.

The USPTO published another Porsche patent on the same day. The company came up with a novel method of incorporating an active diffuser into the rear of its vehicles. The piece could blend into the bottom of the bumper when not in use and then deploy to adjust the aero. It would even install more than one of these devices and adjust things on each corner of the car.