This Is The Only Aston Martin Vantage GT12 In Viridian Green

Whoever coined the term "mean and green" must have had this Aston Martin in mind when doing so. One of just 100 versions of the Vantage GT12 built new in 2016, it’s the only example finished in a custom Viridian Green paint job from the factory – and it could be yours.

A headliner at the upcoming Bonhams Aston Martin sale later this month, the rare Aston wields a 5.9-liter V12 good for 595 horsepower (444 kilowatts), a 0 to 60 mile-per-hour (96 kilometer per hour) time of just 3.5 seconds, and a limited top speed of 185 mph (297 kmh). The exterior, though polarizing in Viridian Green, also comes pre-loaded with aerodynamic bodywork ranging from a revised front and rear splitter to a distinguishable rear wing. 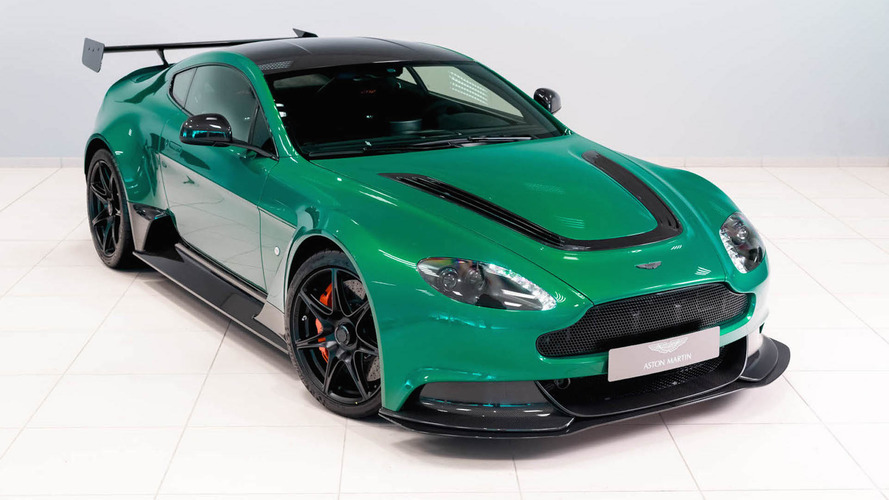 Inside, the cabin is coated with carbon fiber and Alcantara. Carbon fiber doors and a carbon fiber center console help reduce weight, while the Alcantara sport bucket seats and steering wheel give the driver optimum performance feel on and off the track. Overall, the GT12 is 330 pounds (149 kilograms) lighter than the standard version thanks to all this added lightness. 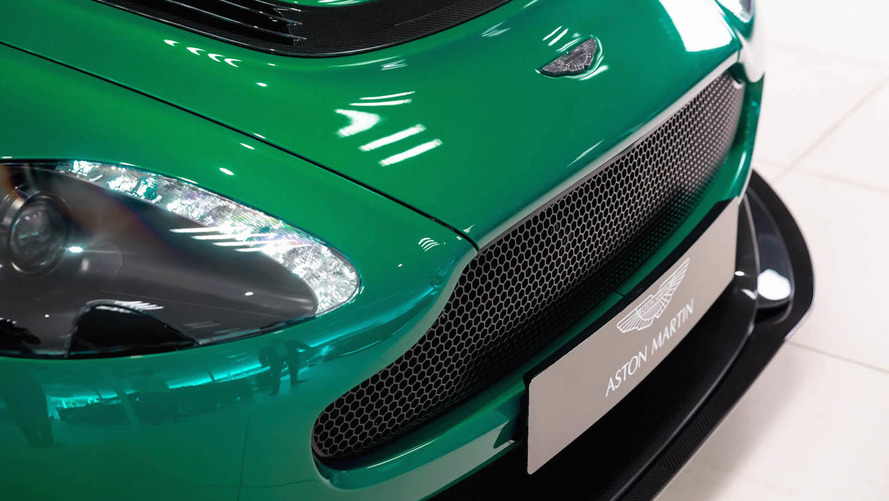 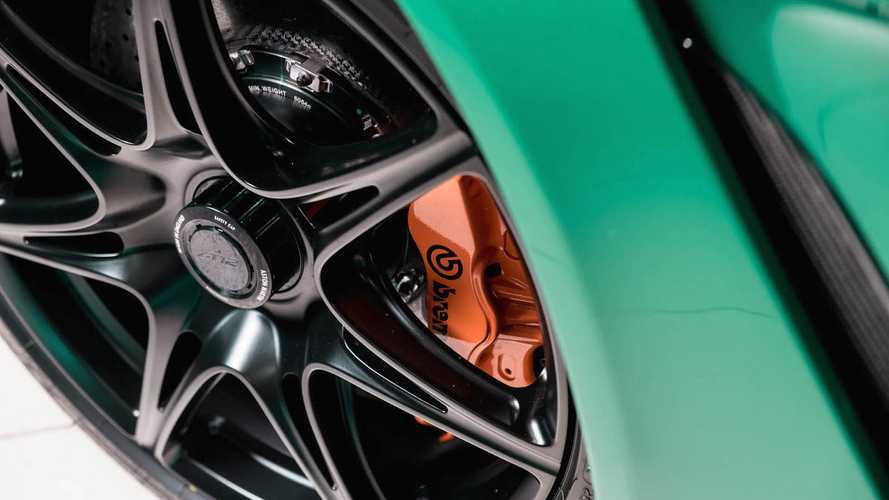 If modern Astons aren’t your thing, another centerpiece at the upcoming Bonhams’ Aston Martin sale will be this unique V8 Sportsman Estate. It’s one of just three built by the factory, and could go for about the same price as the GT12 ($450,000/£350,000). Whichever you prefer, there should be no shortage of stunning Aston Martin vehicles on display – so get to biddin’.

'With production strictly limited to just 100 examples, the new (GT12) model combines all of Aston Martin's learning from its years of sports car competition around the globe to produce its most performance focused road-going Vantage.' - Aston Martin.

Introduced to the public at the Geneva International Motor Show in February 2015, the GT12 is the ultimate development of the modern Vantage family, which had emerged in V8-engined form back in 2005. The V12-engined Vantage was introduced in 2009 having been displayed as a V8-based concept car at Aston Martin's new design studio in December 2007.

Since then there have also been numerous limited-edition Vantage spin-offs, both 8-cylinder and 12-cylinder, some intended for 'GT' racing. Having attained the ultimate accolade for a sports car manufacturer by winning the Le Mans 24-Hour race, a feat achieved in 1959 with the DBR1, Aston Martin has returned to international endurance racing with a series of cars for the production-based GT categories, commencing with the V12-engined DBR9 GT1 in 2005. The V8 Vantage would be the next model selected for Aston Martin's competitions programme.

Intended for customer use in both FIA and ACO races, the GT2 version of the V8 Vantage coupé was introduced in 2007. Like GT1, GT2 was an expensive category to compete in, both for manufacturers and customers; the answer was GT3. Introduced in 2006, the GT3 category has gone on to achieve global acceptance, with many national sports car racing championships run to GT3 regulations. Given the company's racing heritage, it was inevitable that Aston Martin would become involved. The result was the most potent and uncompromising Vantage to date: the Vantage GT12.

Inspired by Aston Martin Racing's successful campaigns, this new GT3-derived Vantage has been designed and engineered exclusively at the company's Gaydon HQ to be an inspirational sports model offering supreme driveability on the road and uncompromising dynamic performance on track. Comprehensively re-engineered and significantly restyled, this GT3-inspired special edition is lower and wider than any of its siblings in the Vantage family. A broader track – front and rear – brings even more composed cornering thanks to a reduction in lateral load transfer, while the use of Michelin Pilot Super Sport tyres provides even more assured handling.

As one would expect of a car intended for track use, the GT12 incorporates various competitions-derived features, from the extensive use of carbon fibre inside and out to the aerodynamics package, which includes a prominent rear wing and pronounced front splitter. The aerodynamics package in particular has a profound effect, generating significantly increased downforce to provide even greater levels of grip and stability at higher speeds. In short: the GT12 possesses more focused and uncompromising capability than any previous road-going Aston Martin.

The GT12 is equipped with a new version of Aston Martin's 5.9-litre V12 engine, capable of producing up to 444 kW/595bhp, while beneath the skin lie a number of bespoke engineering upgrades. Magnesium inlet manifolds with revised geometry, a lightweight magnesium torque tube, and a full titanium exhaust system with centre outlets are just a few of the features testifying to the rigorous re-engineering of this exclusive new Vantage.

Number '74' of the 100 units built, this left-hand drive Vantage GT12 was intended for delivery in Luxemburg but has never been registered; its warranty is valid from 2nd June 2016 to 1st June 2019, and the car comes with an EU Certificate of Conformity.