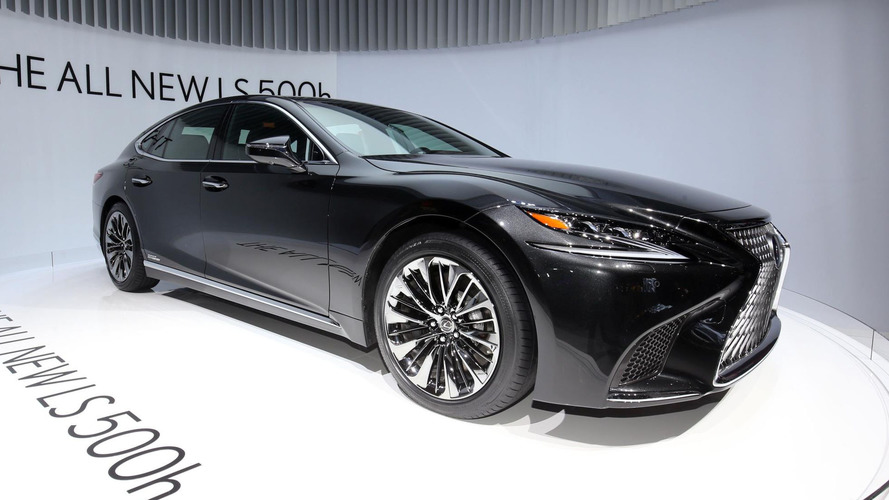 We might have to wait until December to actually see it, though.

A recent trademark filing in the United States suggests that Lexus’ long-rumored hydrogen-fueled LS is close to a debut. The paperwork from April 24 shows the luxury brand protecting the term “LS-FC Concept” for use on “automobiles and structural parts thereof.”

The rumors of an LS model with a fuel cell date back several years, but Lexus openly signaled the possibility when it showed the LF-FC concept with a hydrogen-fueled powertrain. The model’s design also previewed the latest LS.

A fuel-cell-powered LS would almost certainly use a variant of the powertrain in the Toyota Mirai. If the drivetrain stays true to the LF-FC concept, then the hydrogen-fueled LS would have all-wheel drive from separate electric motors at each corner. Lexus has been coy about offering any details about the system’s power output and the available driving range.

Filing the trademark in the U.S. hints that the LS-FC Concept would likely debut there. The concentration of wealth and auto enthusiasm during Monterey Car Week could make the summertime event a good opportunity for this model’s debut. If Lexus waits for the next major auto show in the U.S., we probably wouldn’t see the concept until December in Los Angeles.

If the LS Fuel Cell sees production, which seems likely, it would be Lexus’ technological flagship. The premium division of Toyota reportedly wants to have the production model ready in time for the 2020 Olympics in Tokyo. The innovative sedan would be a showcase for what the company can do. In addition to the high-tech powertrain, expect the automaker to include the latest version of its semi-autonomous driving system, too.

Lexus unveiled the fifth-generation LS 500 at the Detroit Auto Show in January. The model’s massive grille and taut lines follows the brand’s move towards more adventurous styling. Power now comes from a new 3.5-liter biturbo V6 with 415 horsepower (309 kilowatts) and 442 pound-feet (600 Newton-meters) of torque, and a 10-speed automatic sends the output to the rear wheels. The setup gets the big sedan to 60 miles per hour (97 kilometers per hour) in around 4.5 seconds. Buyers who prefer to go green can get the LS 500h that uses a 3.5-liter V6 and pair of electric motors for a total output of 354 hp (264 kW). The sprint to 60 increases to 5.2 seconds, though.

The brand followed up by bringing the LS 500 F Sport to the New York Auto Show. It features revised mesh for the spindle grille, deeper side skirts, and adds the color Ultra White to the available palette. On the inside, the front seats have more side support, and there’s lots of aluminum trim around the cabin. The only major performance upgrades are larger brakes and an optional Handling Package that includes variable-ratio steering, rear-wheel steering, a more aggressive tune for the air suspension, and Active Stabilizer anti-roll bars.

Lexus hasn’t yet announced pricing for any model in the LS lineup. They go on sale in the U.S. late in 2017.

Source: US Patent and Trademark Office Via: Auto Guide