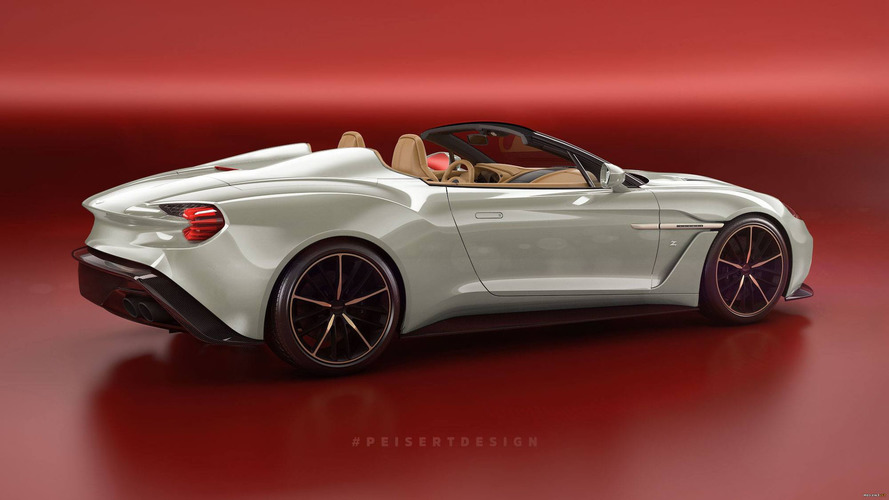 Word on the street says only 28 cars will ever be made.

Beauty may be in the eye of the beholder, but we can all agree the Aston Martin Vanquish Volante is utterly gorgeous. Zagato managed somehow to improve upon perfection last year when it introduced a carbon fiber-bodied special edition limited to just 99 units. Now, a new report indicates the lovely droptop from Gaydon will go under the knife yet again for an even more exclusive Speedster version capped at 28 units available for a cool €1.2 million (excluding value added tax and options).

Talented artist Jan Peisert has heard the news from a European supercar dealer and apparently the exterior design will take inspiration from the DB American Roadster 1 (DB AR1) based on the DB7. It will eschew the DB9 Volante’s very cramped rear seats to adopt a strictly two-seat interior cabin and will feature the typical Zagato humps as well as a two-piece removable roof.

Customer deliveries are said to kick off towards the end of 2018 and it is believed only seven cars will be built in European specification. The report goes on to specify the Speedster will have about 600 horsepower on tap, so from this we can deduct it will be based on the recently launched Vanquish S Volante fitted with a naturally aspirated 6.0-liter V12 pushing out 595 hp (603 PS / 444 kW) and 465 lb-ft (630 Nm).

Performances should mirror those of the standard car, so expect the 0-62 mph (0-100 kph) to take somewhere in the region of three and a half seconds en route to a top speed of about 201 mph (323 kph). As impressive as these figures are, the Zagato Speedster grand tourer will be all about the delightful styling if this speculative render is any indication. One can hope the adjacent digital design exercise is close to the real deal.

Note: Pictured below is the 2016 Aston Martin Vanquish Zagato Volante