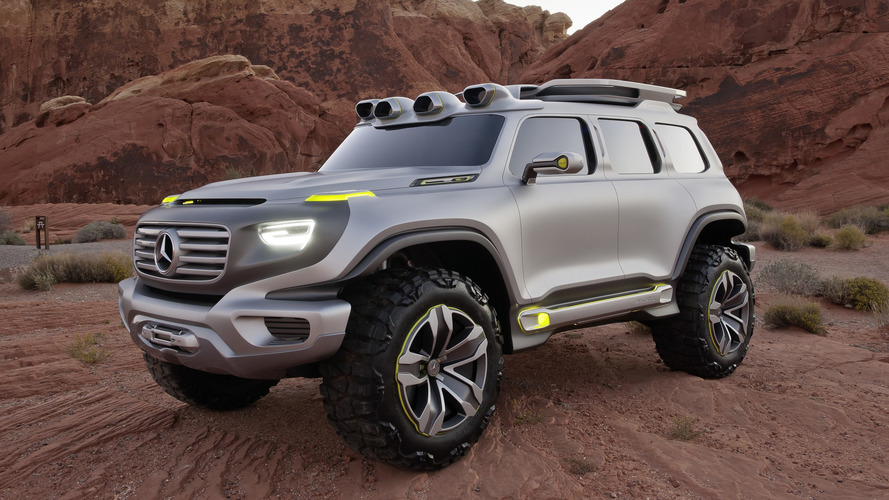 If you’re finding the GLA a bit too cramped and you don’t want to pay the premium that comes with buying the larger GLC, Mercedes will have something in-between at some point in the future. Rumors about a “mini G-Class” have been swirling around the World Wide Web for quite some time and now a new one comes to reiterate a compact crossover tentatively called “GLB” will hit the market. Car & Driver is citing “sources in Stuttgart,” which have also revealed juicy details about what’s in tow from the company with the three-pointed star logo beyond the GLB.

It is a known fact Mercedes is aiming to bolster its compact model portfolio by adding more members to the A- and B-Class families. One of them will be an A-Class Sedan previewed by a concept earlier this month at Auto Shanghai. According to the same sources, the production version will be sold in the United States. It will peacefully coexist with the next-generation CLA said to adopt a design in line with the yet unreleased four-door AMG GT. There’s also going to be a long wheelbase derivative of the A-Class Sedan, but that one will be available strictly in China where rear legroom continues to be all the rage.

Moving up the range, the C-, E-, and S-Class models will continue to be updated in the years to come with new engines, including the company’s silky smooth inline-six making their debut in the S-Class facelift pictured above. The engineers will focus on implementing a 48-volt electronic architecture in more and more models to boost performance and slash fuel consumption at the same time. The next generations will also make a “leap forward” in terms of interior cabin quality.

It was only a few days ago when a report emerged onto the web to unofficially announce the SLC, S-Class Coupe, and S-Class Cabriolet won’t live to see a new generation and now C&D says the same thing. Not only that, but they go on to mention the gossip about the next SL getting a 2+2 seating layout and a fabric top will actually materialize.

Elsewhere, the GLE will be overhauled for the next generation (pictured above) by adopting a sportier exterior design combined with a more upmarket cabin. As for the fullsize GLS, it will finally get that plush Maybach derivative to go after the likes of Bentley Bentayga and other opulent SUVs.

Interestingly, it is believed the current G-Class will soldier on in some markets — but not in U.S. — even after the new generation’s debut likely slated to occur later this year.

Now, if only they'd make something along the lines of the 2025 Ener-G-Force... The GLB could learn a thing or two from that interesting concept revealed back in 2012.