This vehicle would combine the ZR1's impressive performance with the ability to open the roof. It sounds like a great mix.

The Chevrolet Corvette ZR1 could be the ultimate evolution of America’s iconic front-engine sports car, and a new batch of spy photos from General Motors' Milford Proving Grounds reveal that Chevy is building a droptop version of the model. The lack of a roof should make the V8 sound even better, too.

The photos reveal that the convertible ZR1 has essentially the same body as spy pics of the coupe, except for adjustments to the roofline for fitting the convertible top. This one wears the smaller rear wing from some ZR1 test mules. The massive, fixed piece on other models would probably look cartoonishly large on the droptop. 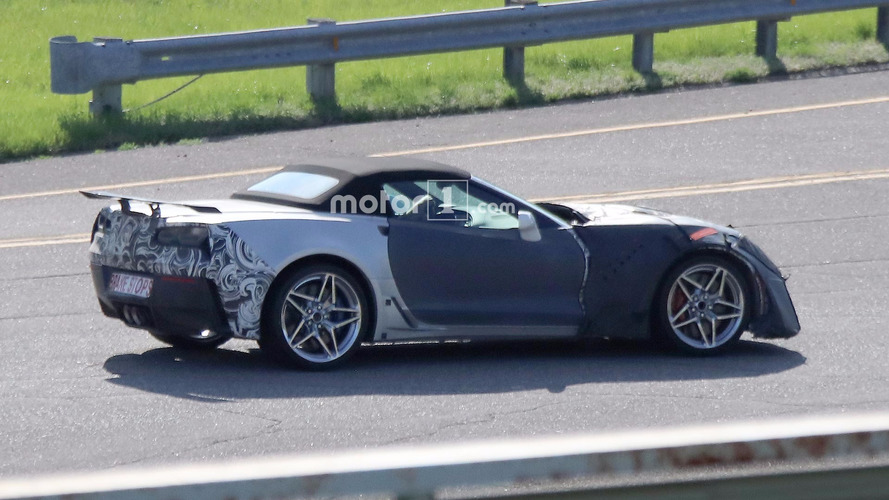 Camouflage hides the hood, but the power bulge from the standard ZR1 still appears to be present. Reports suggest the new Corvette variant might have GM’s new 6.2-liter LT5 V8 with dual overhead camshafts. The mill reportedly makes somewhere around 700 horsepower (521 kilowatts). The output would route to the rear either through a seven-speed manual or a 10-speed automatic gearbox. 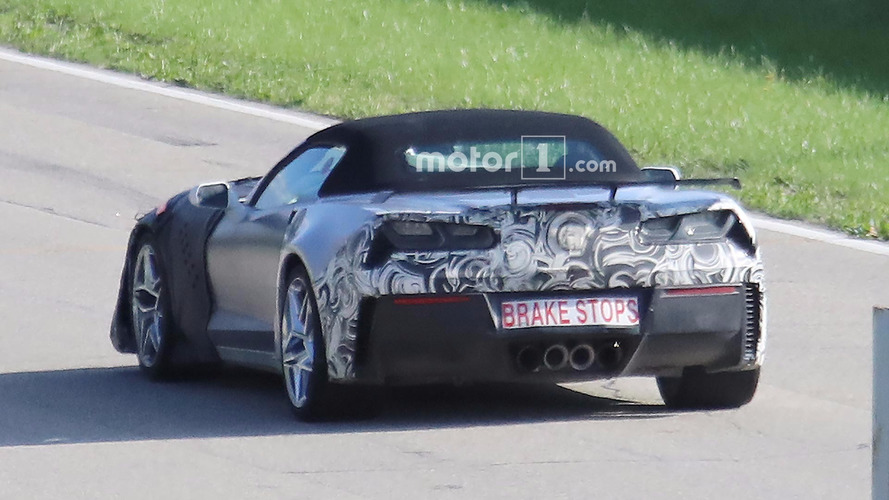 Stripping off the roof might not help the convertible ZR1's performance on track, but it should still be great on the street. Magnetic Ride Suspension would likely be among the standard equipment, which should make the droptop an impressive handler. Sticky tires and upgraded brakes should help the on-road manners, too.

The ZR1 coupe’s is possibility just a few months away because rumors suggest it could arrive in August at the 2017 Continental Tire Road Race Showcase IMSA event. There’s no word yet whether this convertible would arrive at the same time, but Chevy might stagger the launch for maximizing publicity about the pair.