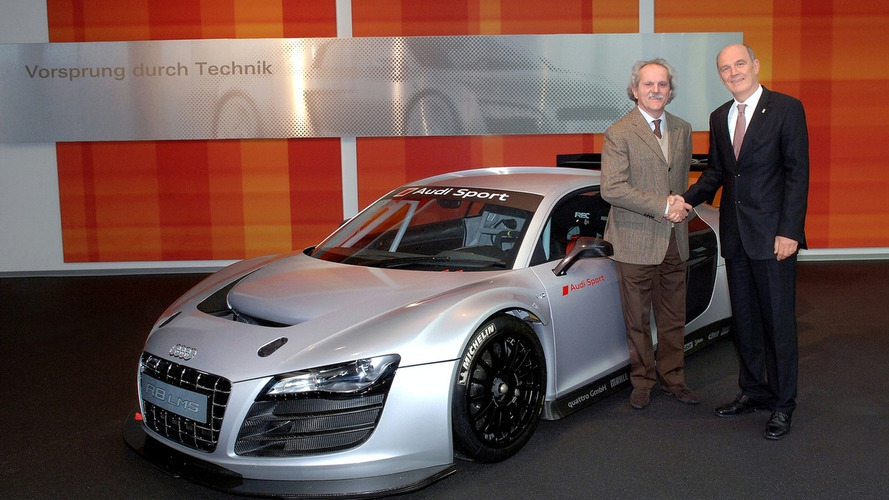 The first Audi R8 LMS has been delivered and the customer is a racing team very close to the Ingolstadt-based automaker - Audi Sport Italia.

The R8 LMS is a 10-cylinder 500 hp GT3 racer and, as part of its new customer sport program, Audi will be delivering 12 of them to 6 racing teams for the 2009 season. On Tuesday, Dr. Wolfgang Ullrich, who heads Audi Sport, handed over the first model with the chassis number 101 to Emilio Radaelli, team manager of Audi Sport Italia, at the Audi Forum in Neckarsulm.

Besides Audi Sport Italia, the R8 LMS GT3 will also be fielded by racing teams Abt Sportsline, Argo Racing, ORECA, Phoenix Racing and Team Rosberg. Those teams will be competing in 5 European GT3 championships series and Phoenix Racing will also be taking the R8 to the 24-hour race at Nürburgring, for which Audi has developed a special endurance version of the car.

The R8 LMS will make its debut on Easter weekend in the first races of both the ADAC GT Masters circuit, held in Oschersleben, Germany, and the French GT Championship (ORECA) which takes place in Nogaro, France.