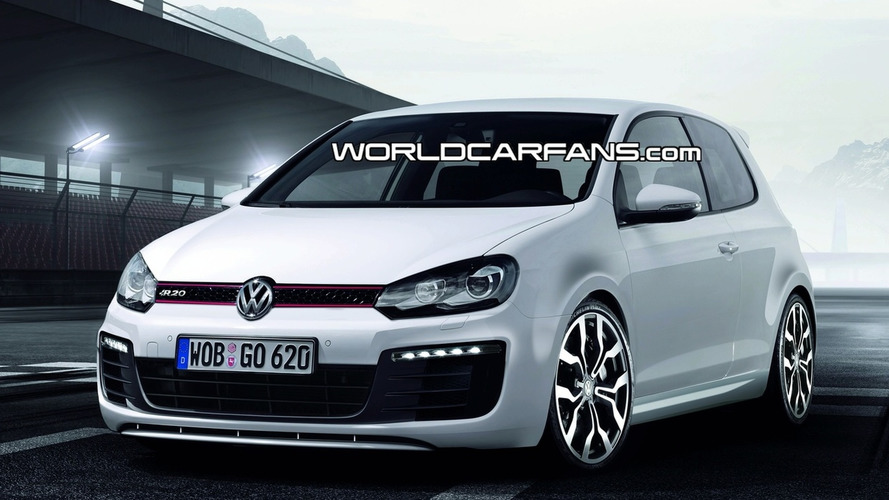 The Frankfurt International Motor Show will showcase the upcoming Golf GTI-R performance hatch. The car will be using a four-cylinder turbo engine with about 266hp.

The Golf GTI Mk VI will not be the brand's last word on the subject of performance. Where the Golf Mk V had a range-topping R32 to boast about, the new generation star is a GTI-R and it will do away with this 3.2-litre normally aspirated V6 engine in favour of a smaller four-cylinder motor. Volkswagen already uses this motor quite extensively in its various brands where it makes different amounts of power.

For the Golf GTI-R a turbocharged engine worth about 266bhp (198kW) will be used according to UK CAR. It is expected that a high-performance Scirocco will benefit from the same motor. Lighter forcefed engines are the way to go as automakers do their utmost to release fewer harmful C02 gases into the atmosphere. This means more and more performance cars will sport forced induction in one way or the other.

LED daytime running lights, a different front bumper, side skirts, larger wheels, rear roof spoiler, rear LED lights and wider wheel arches are just some of the upgrades the car will receive over its cheaper GTI brother. Six-speed manual and DSG gearboxes will be made available.

Unlike direct rivals like the 2010 Ford Focus RS, the GTI-R will ditch the front-wheel-drive powertrain for all-wheel-drive. The GTI-R should appear at the 2009 Frankfurt Motor Show in September before being served out to the public shortly after.