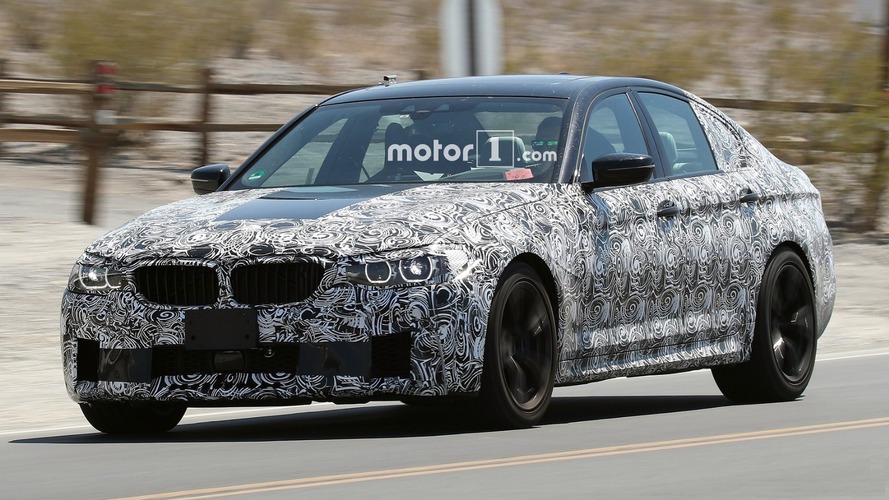 Pure rear-wheel-drive mode will be available.

The M550i is currently the top dog in the 5 Series (G30) family, but that won’t last for long. In just a few months, BMW will unveil the mighty M5 to restore order in the lineup. Much like the M550i, which for the moment is actually the quickest 5 Series ever, the new M5 will adopt an xDrive setup. However, the ace up the flagship’s sleeve will be the possibility of switching to a 100% RWD arrangement by simply pressing a button.

We knew that already, but this new report coming from someone who has seen the car behind closed doors at a private event in South Korea also indicates BMW will give the M5 a third setting: xDrive sport. Exact details are not available at this point, but one could speculate it’s a more RWD-biased setup than the regular mode.

The same source points out BMW will give its new super sedan a carbon fiber roof with an M6-like design and will extend the color palette to include Marina Bay Blue. Jet black 20-inch wheels with silver accents are also going to be new for the latest M5, as will be a sportier rear diffuser and side mirrors bigger than those of the M3 and M4. A small trunk lid spoiler and quad exhausts in the same vein as those of its predecessor will be part of the deal.

As for power, the biturbo 4.4-liter V8 will deliver “over 600 hp” to the rear wheels or both axles through a new eight-speed automatic gearbox replacing the old seven-speed DCT. It will be enough Bavarian punch for a sprint to 62 mph (100 kph) in less than 3.6 seconds. BMWBLOG is reporting the high-performance sedan will actually accomplish the task in 3.5s, which would make it a tenth of a second slower than the Mercedes-AMG E63 S Sedan. However, an optional Competition Package will likely arrive at a later date to fix that problem and allow the M5 to at least match its rival from Affalterbach.

Sales of the new BMW M5 are expected to kick off early next year. Until then, we might see it at the Frankfurt Motor Show in September.