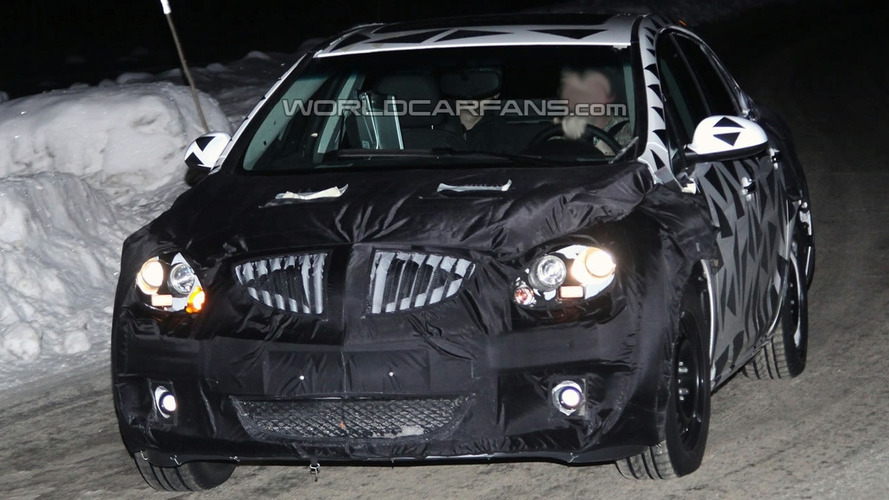 Our spy photographers have managed to catch the first pictures of a new entry-level Buick that will slot below the mid-size Lacrosse in both size and price.

Our spy photographers have managed to catch the first pictures of a new entry-level Buick that will slot below the mid-size Lacrosse sedan in both size and price. Although little is known about the new model, it will ride on GM's new Delta II platform that underpins the highly anticipated Chevrolet Cruze.

Powertrain options are expected to mirror that of those offered by its corporate cousin, meaning we can expect the new front-wheel drive model to come equipped with a 1.8-liter petrol engine that produces 141 horsepower and 176 Nm (130 lb-ft) of torque. While it is possible that the new car could come with the Cruze's 1.6-liter petrol engine with 113 hp and 153 Nm (113 lb-ft) of torque, it seems unlikely as the Buick version will compete in a more premium segment. In a nod to the green movement, GM could also slot a version of the Chevy Volt's powertrain into the baby Buick which would be a logical step considering that the Cruze is currently serving as the primary testing vehicle for the production Volt.

Perhaps the most interesting possibility exists in the fact that the model could also be sold in Europe as a way repay Opel for the nixed plans to produce the next generation Saab 9-3 and 9-5 in Germany. Should the new entry-level Buick go into production in Europe, we can expect the Cruze's 2.0-liter diesel engines to make their way under the hood.

Regardless of whether or not European production indeed becomes a reality, the main focus for the new Buick will be the US and Chinese markets when it launches sometime in 2012.