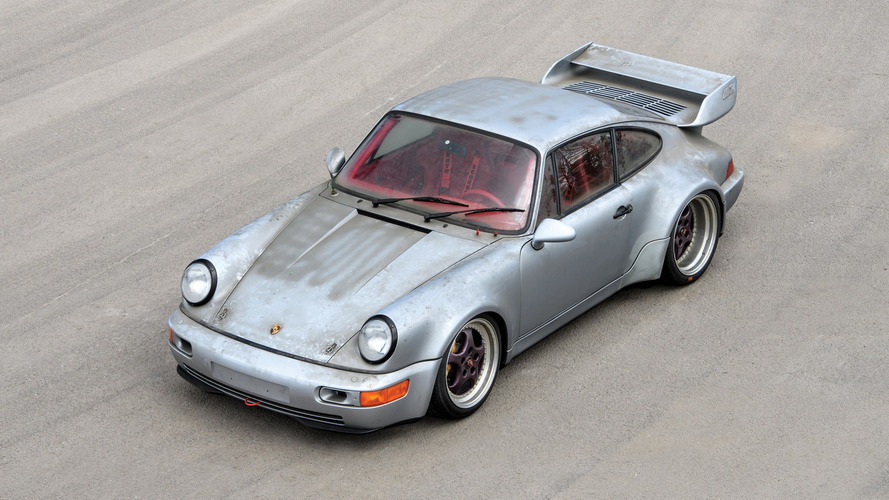 All original and with only six miles on the clock, this is as mint as it gets. You'll have to wash it, though.

Another day, another special Porsche 911 heading to the auction block. Much like the Turbo S Leichtbau from earlier this week, this one too is from the 964 generation, but it’s actually even more exclusive. Porsche made only 51 units of the Carrera RSR 3.8 whereas the Lightweight was built in 86 examples.

We’re looking at a 1993 example that has been literally collecting dust for close to 25 years. RM Sotheby's says this “untouched” car is entirely original and has not been used at all. With the odometer reading only 10 kilometers (6 miles), we believe them.

The original buyer decided to go with a rather interesting configuration, opting for a Polar Silver Metallic body paint combined with purple wheel spokes and gold brake calipers. The interior is far from being stock as the owner went with a flashy Can Can Red look applied on the roll cage as well as on the competition seats featuring body-colored rear panels.

The 964-based Carrera RSR 3.8 was basically a purpose-built track Porsche, hence why most of them came with a stripped-out interior. As a matter of fact, this is actually one of the two units to come with a fully trimmed cabin, according to the auction house.

It might have the Turbo’s body, but its beating heart is a naturally aspirated 3.8-liter flat-six engine officially rated at 350 horsepower. However, many argue that in reality the engine pumps out somewhere in the region of 375 hp.

Seeing as how it hasn’t been driven for a quarter of a century, it needs more than just a thorough wash. Its oily bits will have to receive some TLC, and hopefully the new owner will actually drive it for a change.

RM Sotheby’s will have this rare 911 up for grabs on May 27th at the auction organized in beautiful Villa Erba, Italy.

Find out about other special 911s: