Spied Holden Commodore Might Actually Be An Opel Insignia OPC 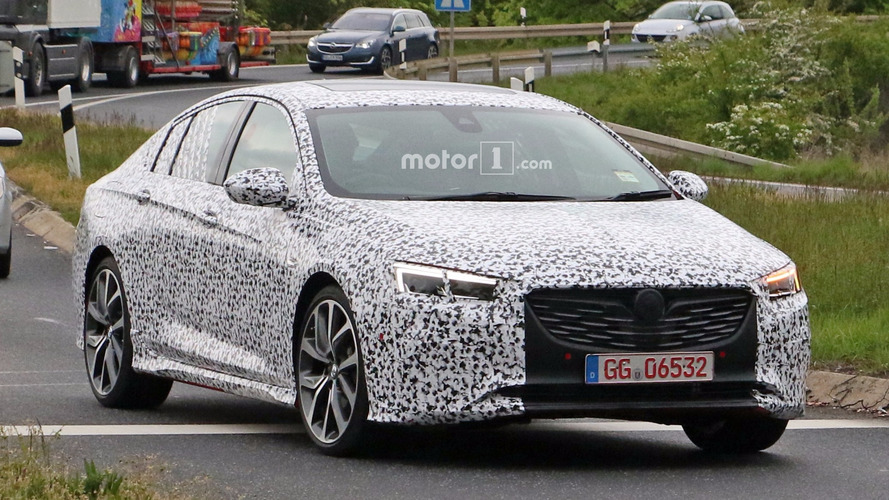 Why bother with the camo? Unless it's an unreleased version, such as the OPC.

The new Insignia Grand Sport is already out in Europe as an Opel and a Vauxhall, in Australia as a Holden Commodore, and in United States as the new Buick Regal. That’s why seeing camouflage on a prototype spied in Germany comes as somewhat of a surprise, especially since the OPC Line trim is in production already in Rüsselsheim with the sportier body kit and Brembo brakes like this prototype has received. The fact that it’s a right-hand-drive test vehicle with Holden’s badges covered and German plates makes it even more puzzling.

One possible explanation is Opel was actually preparing the Insignia Grand Sport OPC and the equivalent Vauxhall-badged VXR version destined to be sold in U.K. If this is indeed Europe’s hot Insignia, underneath the hood it certainly doesn’t have the Commodore’s naturally aspirated 3.6-liter V6 with 308 horsepower (230 kilowatts) and 273 pound-feet (370 Newton-meters) of torque. We know this for sure because an Opel engineer told CarAdvice back in October last year the six-cylinder engine won’t make it to the old continent.

Instead, the Insignia OPC speculatively rendered above will have a turbocharged four-cylinder engine sending power to an all-wheel-drive system. The identity of the mill has not been disclosed, but it will have at least 300 horsepower considering the beefiest gasoline engine available right now — a 2.0-liter unit — has 260 hp (191 kW) on tap. Even if it won’t be able to surpass the 325-hp output generated by the turbocharged 2.8-liter V6 inside the old Insignia OPC, the massive weight loss alone brought by the new underpinnings (up to 175 kg / 385 lbs cut) will translate into better performances and improved efficiency. The OPC’s diet probably won’t be as drastic, but even so it will shave off a serious chunk of fat.

Supposing Opel is actually working on the Insignia OPC, it’s nice to see that its new parent company PSA is not axing the sportier version. At the same time, it means the performance edition will come very early in the life cycle, yet more good news.

Unless, this is something else. But what might it be?