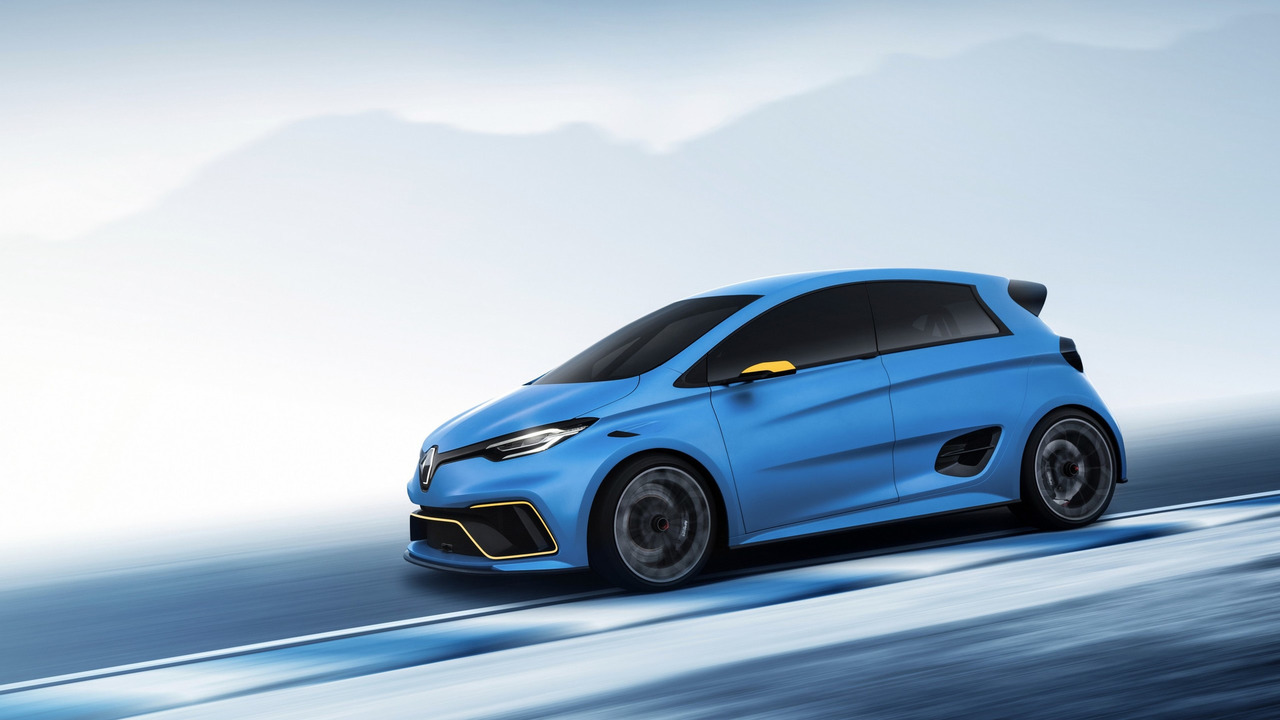 It could be time to redefine the meaning of hot hatch.

Renault Z.E. put out a Tweet recently that sparked our attention:

According to Renault, the hot electric hatch concept it revealed at the recent Geneva Motor Show is actually quicker from 0 to 62 mph than the current Formula E electric race cars.

We’re referring to the Renault Zoe E-Sport Concept of course, a vehicle that scoots from 0 to 62 mph in just 3.2 seconds.  Holy cats, we want one of these!

We hunted down a zero to 62 mph time for a Formula E car and found that it reportedly does 0 to 60 mph in 3 seconds flat, but the elusive 0 to 62 mph figure escapes.

Regardless of the fractional differences, it’s clear that the two cars are neck-and-neck. So, at least for now, we’ll take Renault’s word and give the slight edge to the Zoe E-Sport Concept, simply because it’s the most awesome electric hatch we’ve ever seen.

After giving the pint-sized Zoe electric city car a 41-kWh battery for a 250-mile (400-km) range, Renault showed the EV’s sporty side at the 2017 Geneva Motor Show. Featuring a racy carbon fiber wide body, the E-Sport Concept proposes the idea of an all-electric small sports car with all-wheel-drive and massive 20-inch alloy wheels.

In a bid to shave off even more weight, the engineers have removed the Zoe’s rear seats and combined carbon fiber with Kevlar during the concept’s construction. The end result is an EV that tips the scales at 1,400 kilograms (3,086 pounds), including the 450-kg (992-lbs) battery pack. Thanks to a pair of electric motors, the little electric car delivers almost 460 horsepower (343 kilowatts) and an instant torque of 640 Newton-meters (472 pound-feet).

As you can imagine, stuffing so much electric muscle in a relatively light car transforms the E-Sport Concept into an absolute rocket. Aside from the 3.2 seconds required to reach 62 mph (100 kph), it hits an electronically limited top speed of 130 mph (210 kph) in less than 10 seconds.