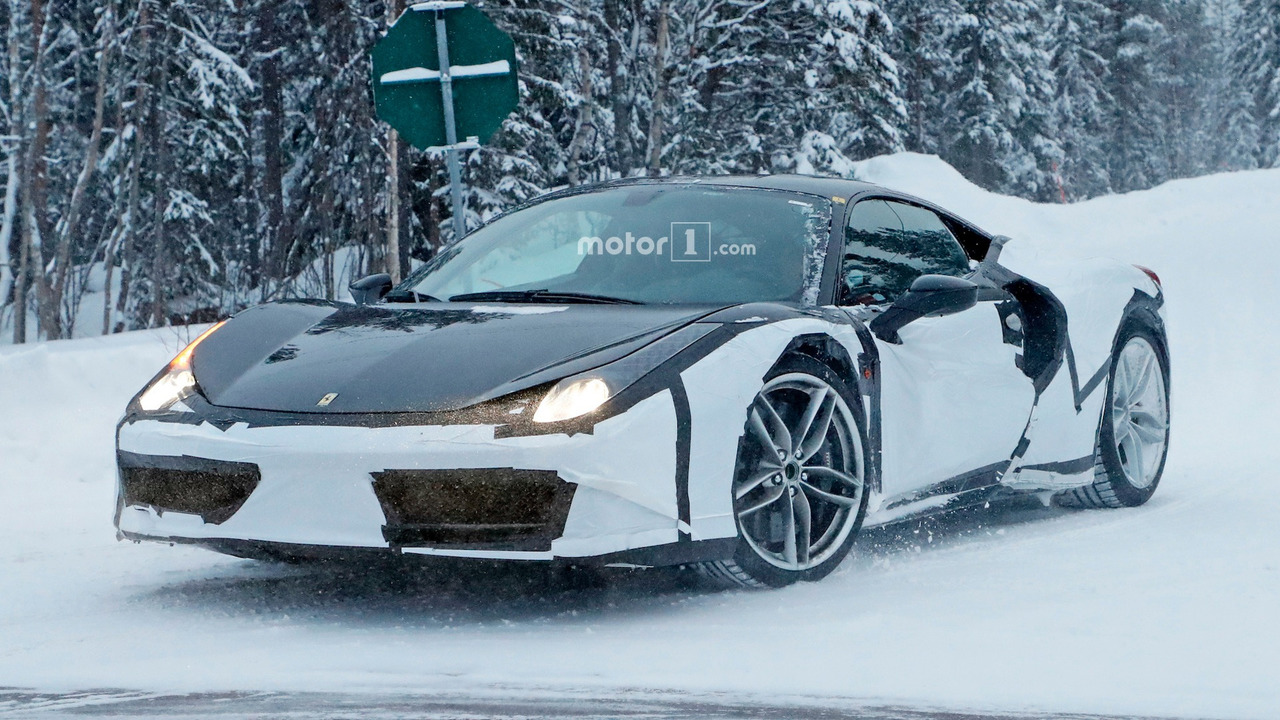 If for some reason you’re thinking the 488 GTB is just too soft, Ferrari is apparently working to fix that. A new report coming from Autocar suggests the “GTO” suffix is coming back for what will be a worthy adversary for the yet unreleased Porsche 911 GT2. Essentially a track-focused derivative of the 488 GTB, the new high-performance machine from Maranello will be thoroughly upgraded on all fronts. The adjacent spy images showing a mysterious prototype might be a sign of things to come.

First order of business will be to massage the biturbo V8 3.9-liter engine sitting behind the driver to extract an estimated 700 horsepower (522 kilowatts). If we were to rely on the rumor mill, it means Ferrari’s engineers will squeeze an extra 30 hp (22 kW) over the standard output available in the 488 GTB. There’s no word about torque at this point, but it might also be bumped a bit from the current 560 pound-feet (760 Newton meters).

The 488 GTB isn’t hitting the gym just to gain muscle, but also to shave off weight. Indeed, it is believed a diet consisting of lighter ceramic brakes, forged wheels, and thinner glass will all contribute to lower the weight below 1,400 kilograms (3,086 pounds). The 75-kg (165-lbs) loss is going to be possible by also removing some of the sound-deadening materials and other non-essential bits and pieces from inside the cabin.

Upgrades won’t stop here as Ferrari will also boost aero thanks to a more aggressive body and will install an evolution of its Side Slip Angle Control (SSC) system. The latter made its debut on the 458 Speciale and refers to a very sophisticated algorithm that takes into account steering wheel angle, yaw angle, lateral acceleration, and the car’s speed to instantaneously calculate the slip angle and adjust the traction control accordingly. It does so by providing a better torque management to enhance grip and acceleration while cornering.

Taking into account the 488 GTB needs 3 seconds to get from 0 to 62 mph (100 kph), the GTO will probably complete the same task in approximately 2.8s. This hardcore version will also get to 124 mph (200 kph) sooner than the 8.3s needed by the GTB. Since focus will likely be on improving acceleration, top speed might not increase over the 205 mph (330 kph) achieved by the “standard” model.

The report goes on to specify Ferrari will introduce the 488 GTO next year with a considerably higher price tag to justify the upgrades and most likely the model’s limited availability.