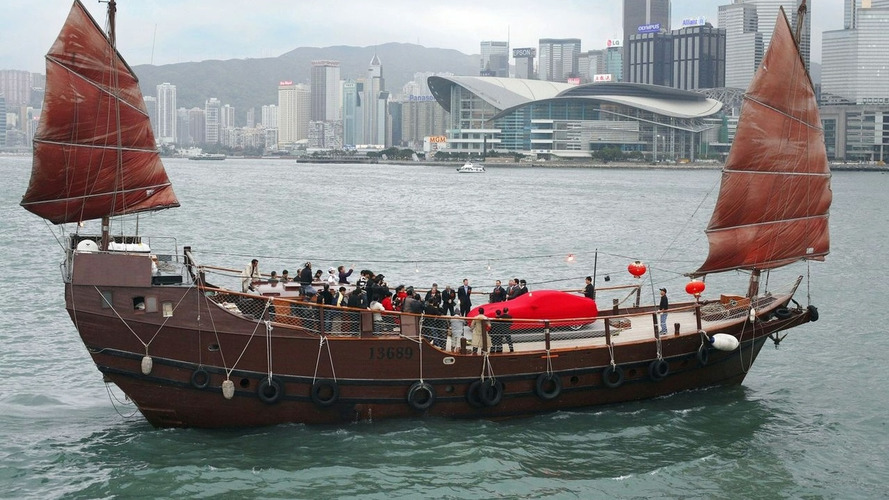 The 1000th Ferrari ever purchased in Hong Kong was delivered yesterday, in a ceremony atop a boat in the Victoria Harbour. But which Ferrari model marked the occasion?

Hong Kong welcomed the 1,000th Ferrari to be delivered into that region yesterday. The 612 Scaglietti One-To-One entered Victoria Harbour by a Chinese Junk ship, making its way to the driveway of Mr. Didier Li.

Li ordered the vehicle last year, and took possession on board the boat. Named "Huan," the boat is similar in style to the red-sailed Sampan boats seen in the harbour daily. Company officials, and 65 members of the media were on hand to witness the event.

Ferrari first sent a vehicle to Hong Kong in the 1960s, setting an average of only about 25 deliveries per year. But as wealth in the area has increased, so too have the number of Ferrari's making their way from Italy. The company sent 115 cars in 2008 alone. Japan is the largest consumer of Prancing Horses in the Asia Pacific region, taking in 433 supercars over 2008.