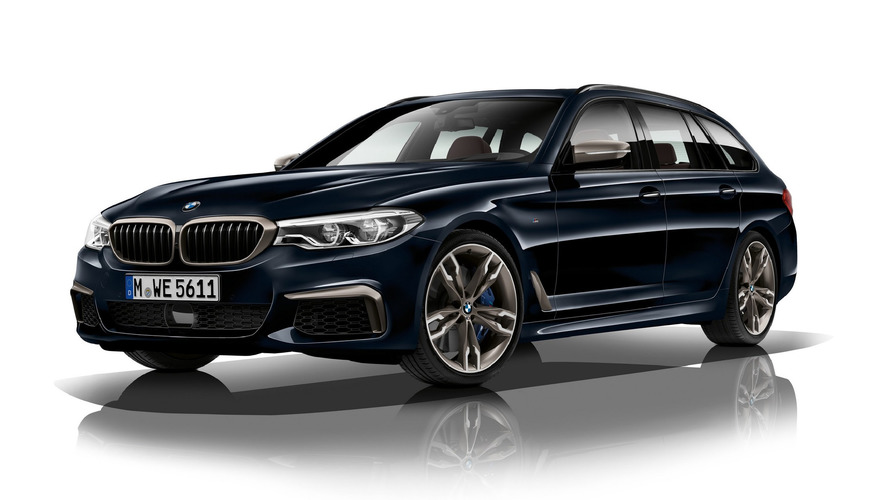 6 cylinders, 4 turbos, and 400 horsepower from the strongest six-cylinder diesel engine in the car world.

Diesels might be a dying breed in some regions of the world, but not in Bavaria. After coming out with the gasoline-powered M550i xDrive towards the end of last year, BMW is now showing off its diesel counterpart, the new M550d xDrive. We won’t bore you with details about the design since the high-performance midsize sedan running on Devil’s fuel is all about the numbers. Without further ado, here they are.

Billed as being the world’s most powerful six-cylinder diesel engine “in the automotive area,” the 3.0-liter has no less than four turbochargers to churn a mighty 400 horsepower (294 kilowatts) at 4,400 rpm and a massive peak torque of 560 pound-feet (760 Newton-meters) available from 2,000 rpm. From a low 1,000 rpm, the driver has 332 lb-ft (450 Nm) of torque already available. All that power is channeled to an AWD setup through an eight-speed automatic sports transmission.

In terms of performance, go for the sedan and the sprint to 62 mph (100 kph) will take a mere 4.4 seconds whereas the slightly heavier wagon needs an extra two tenths of a second to accomplish the same task. Both body styles come with an electronic top speed limiter that will kick in at 155 mph (250 kph).

Basically all numbers have been improved over the previous tri-turbo M550d xDrive. Horsepower is up by 19 hp (14 kW) while torque has increased by 15 lb-ft (20 Nm). Corroborated with the weight loss brought by the new-generation 5 Series, the sedan’s sprint takes 0.3 seconds less than before. Not like it matters a great deal, but fuel consumption is down by 0.4 liters in the combined cycle to 5.9 liters in the case of the sedan.

Like its gasoline twin, the diesel monster gets an M sports suspension as standard and that drops the ride height by 10 millimeters (0.4 inches). Exclusive 19-inch M alloy wheels are part of the deal as well, as are the M brakes, a subtle aerodynamic kit, and Integral Active Steering, which is BMW’s fancy way of saying rear-wheel steering.

The sedan will be the first to go on sale in Europe this July, with the Touring to follow towards the end of the year.

** The fuel consumption figures were calculated based on the ECE test cycle, dependent on tyre format