Should The Dodge Demon Be Banned From Public Roads? 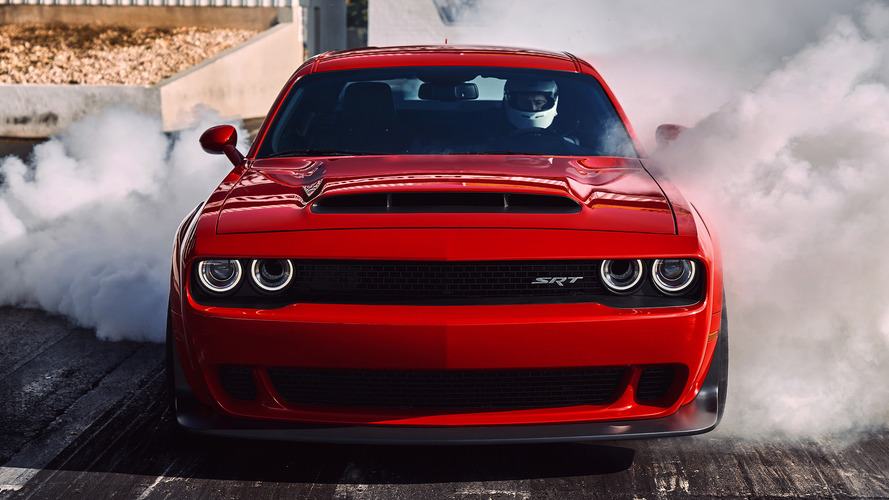 It’s built for the drag strip but lacks the safety equipment to run there. That doesn’t make sense to some people.

Since Dodge launched the Challenger SRT Demon a few weeks ago, coverage has certainly been widespread. When a car has 840 horsepower and all kinds of features designed to let it rip through a quarter mile in under 10 seconds, such news is sure to be front-page material. It certainly has the potential to be a polarizing machine, but thus far the coverage has been more-or-less focused on the facts.

That’s sure to change when people get a chance to drive the Demon, but Automotive News has decided not to wait that long. In an editorial piece posted yesterday, AN dropped the proverbial gloves and came out swinging against the Demon, saying “its registration as a road-worthy automobile should be banned.”

"From its barely legal slick tires to its monstrous acceleration, the Challenger Demon introduced in New York this month is the result of a sequence of misguided corporate choices that places bragging rights ahead of public safety.

Laudably, the entire industry has made great strides toward improved vehicle safety in recent years, even as it dials up performance capabilities. But with the Demon, Dodge spits on that goal and irresponsibly moves in the opposite direction, knowingly placing motorists in danger in the process."

Ouch, Automotive News. But as stinging as this editorial is towards the Demon, it has predictably sparked a straight-up firestorm frenzy from their comments section in support of Dodge’s street-legal drag racer. We are going to reserve judgement on the Demon until we have a chance to actually drive the beast, but if we're honest, we knew this kind of debate was coming. And there’s certainly all kinds of room for discussion.

Yes, the Demon is incredibly powerful and could be dangerous in any hands, never mind inexperienced ones. Then again, a vintage Volkswagen Beetle with 40 horsepower is dangerous if you run headlong into a crowd of onlookers. And the NHRA didn't ban the Demon because it’s too fast; It’s banned because it lacks the proper safety equipment to race at such a level. That certainly opens the door for questioning its safety on the street.

That said, it does officially meet all federal requirements to be a completely legal, street-driven car. Just like the 707-horsepower Challegner Hellcat, the 808-horsepower Hennessey Shelby Mustang GT350, and yes, the 1,500-horsepower Bugatti Chiron.

We get what Automotive News is saying here. The Demon is supposed to be a car designed for the drag strip, yet Dodge offered the car in a form that would make it ineligible to use in the very application for which is was intended. Presumably, that means Demon owners will be racing on the street, where such activity is certainly dangerous and highly illegal whether you have a monster muscle car, or a three-cylinder hatchback.

In such context, it's easy to make the jump from clever marketing to irresponsible action on Dodge's part, but the question remains. Should Dodge have included the necessary safety equipment and relegated the Demon for competition-use only, like Ford’s Cobra Jet Mustang and Chevrolet’s COPO Camaro? Or did the manufacturer do something a bit bonkers and insanely cool by keeping the Demon street-legal but track-illegal?

Let's talk about this.