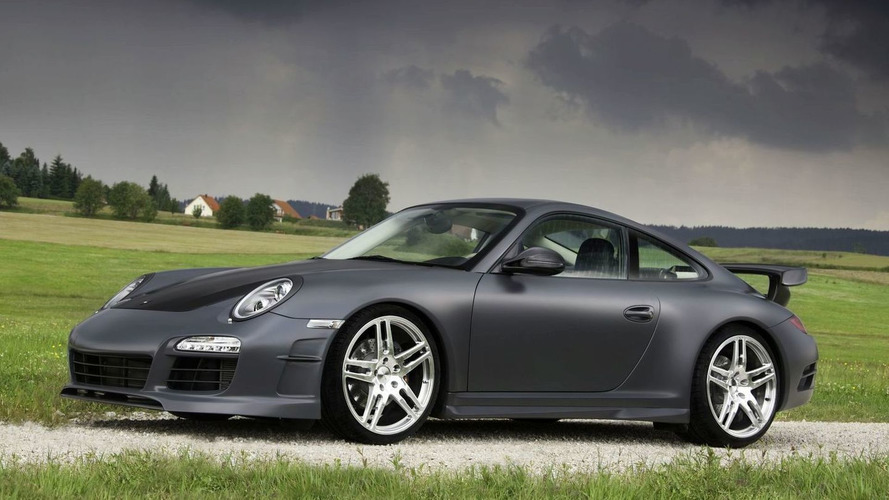 Mansory unveiled a "tuning program" for the Porsche 997 at Geneva, with body, engine and suspension upgrades.

Mansory acquired Rinspeed's Porsche tuning division late last year, but made no official announcements as to what it planned to do with it. Then again, what else does one do with a Porsche tuning company than...create tuned Porsches?

Mansory has just released the details of its first upgrade kit for the 911 since the Rinspeed purchase. The kit debuted at this year's Geneva show and is a comprehensive tuning kit with aerodynamic, suspension and engine upgrades, though the press materials are somewhat heavy on flowery words and light on hard numbers or release dates.

Mansory's body kit is more functional than fashionable, with subtle and purposeful upgrades. The modified front apron helps to reduce lift, while an available carbon-fiber hood cuts weight and is designed to mesh with the front bumper in a more aerodynamic fashion. The Mansory kit's components are rim-injection molded polyurethane (PU-RIM), chosen for its resiliency. At the rear, the redesigned aprons wrap around the new four-outlet exhaust system. Subtle side skirting improves airflow along the sides of the car. The interior has been similarly upgraded, with new leather and carbon-fiber trim.

When it came to engine upgrades, the company avoided performing any "excessive open-heart surgery," and stuck with intake and exhaust modifications. A higher-flow air filter and optimized exhaust have been added.

One-piece forged Mansory five-spoke twenty-inch wheels are added, and they're wrapped in Michelin Pilots--245/30 up front and 325/25 at the rear. Mansory's press materials say that the car's center of gravity has been lowered by 30mm, though it doesn't say if this was accomplished by lowering the suspension or through other means.