Color us intrigued. Rezvani introduced the 2017 Beast Alpha with its removable targa-style top back in November at the Los Angeles Auto Show with a starting price of just under $200,000. The company’s website currently lists the car with a $149,000 sticker. Now, the boutique marque has announced through a teaser image the 2018MY will cost below $100,000. Not only that, but the car is going to be “all new for 2018,” prompting the company’s CEO Ferris Rezvani to say it’ll be a “Porsche killer, but with even more focus on the enthusiast.”

Founded back in 2014 in California, Rezvani Motors says the change to the new model year will bring a series of unique features tailored to a more mainstream customer while maintaining the race car-like level of performance and the exotic design. 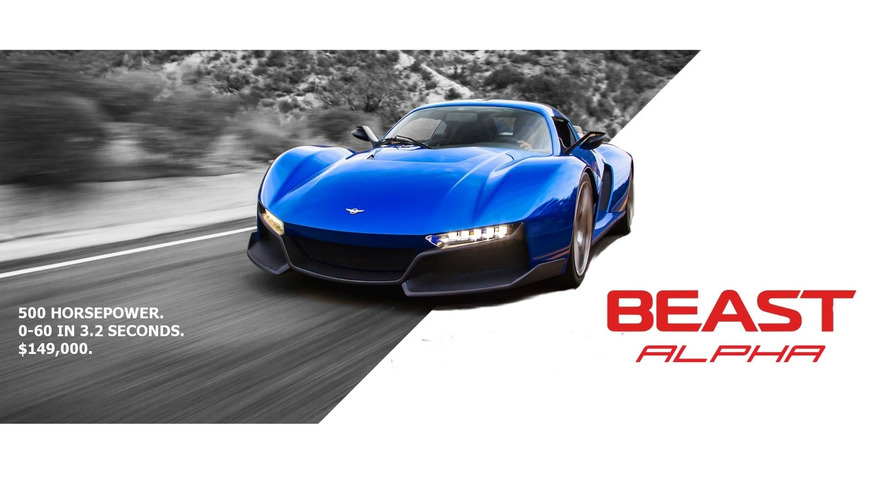 Technical specifications have not been provided, but the current 2017MY (pictured above) with its cool forward-sliding doors weighs a mere 1,950 pounds (885 kilograms) thanks to a carbon fiber body and a Lotus-derived aluminum monocoque. At the heart of the roadster is a turbocharged 2.4-liter, four-cylinder engine with 500 horsepower enabling the car to do 0-60 mph (0-96 kph) in 3.2 seconds when fitted with the optional sequential automatic transmission. With the standard six-speed manual, the sprint is completed in a still impressive 3.5 seconds. Go all out and the Beast Alpha in the 2017 specification will hit 175 mph (282 kph).

The company is already accepting pre-orders for the 2018 Alpha Beast for those eager to get their hands on the much more affordable sports car ahead of an official debut slated to take place in the second quarter of the year. Should you want to be on the list of early adopters, Rezvani wants a $1,000 refundable deposit for each reservation.

Note: Images below are showing the 2017MY.