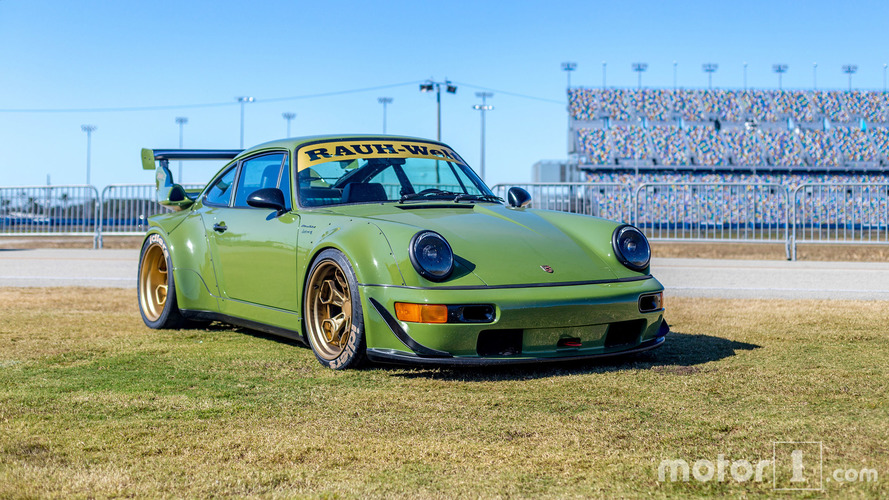 Surprise! A Porsche at a Ferrari gathering!

The 2016 Ferrari Finali Mondiali was held last December in Daytona, Florida, where hundreds of Ferraris were presented to the public. However, there were not only Ferrari owners and enthusiasts, and this Porsche 911 type 964 modified by RWB is the living proof. An act of courage or provocation?

So, what's so special about this Porsche? The RWB letters give us a clue - these are the initials of Rauh-Welt Begriff. RWB is a Porsche prepared by a company based in Japan, founded in 1997 by Akira Nakai. RWB modifications are not quite popular in Europe and U.S., but they are a thing in Japan.

The base of this very special Porsche is a 911 type 964 that was produced between 1989 and 1994, and which is considered by many fans of the brand as one of the last pure 911s with its air-cooled engine. This one received RWB modifications worth approximately $30,000, including a rather impressive body kit, giving it a wider appearance with a width of more than two meters at the rear fenders.

From a technical point of view, we have no information about engine improvements. We can presume that the performance has not been changed, since the idea of the Japanese designer is not to go faster, but to have an extreme look.