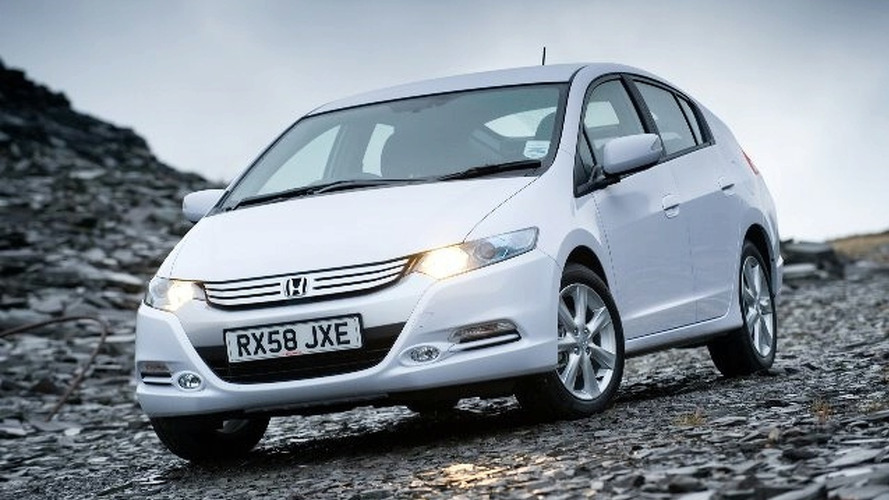 Honda of America is pricing the 2010 Insight at a tad below the US$20,000 mark. The Insight launches on March 24 and is said to return 400 miles from its 1.3-litre petrol engine and 10kW electric motor.

Honda has announced prices for the new 2010 Insight Hybrid vehicle in the US market. The car will retail for a minimum manufacturer's suggested retail price (MSRP) of US$19,800. By playing its hand early Honda will set the proverbial cat amongst the pigeons for competitors like the 2010 Toyota Prius.

Models to go on sale on March 24 are the LX, EX and an EX with navi included. The "low-end" version is badged the LX and it comes with safety equipment like front side and side curtain airbags and a CVT transmission system among others. Higher up is the EX which adds such niceties as alloy wheels, cruise control and a USB audio interface. The Insight has something called EcoAsisst which is meant to help drivers get the best mileage from their car with any given set of driving conditions.