For now, we can only see the changes to the body, but a supercharged V8 might be under the hood.

The Land Rover Range Rover Velar goes on sale in the United States this summer, but a fresh crop of spy photos reveals that the brand apparently has a hotter SVR tune of the stylish crossover under development at the Nürburgring. The top trim of the stock model is good for 380 horsepower (283 kilowatts) from its supercharged 3.0-liter V6, so this version should be even more potent.

These spy photos reveal that this upcoming range-topper of the Velar has a more aggressive front fascia that includes a mesh grille at its lowest part. The engineers don’t do a very good job of hiding the intakes on the corners. 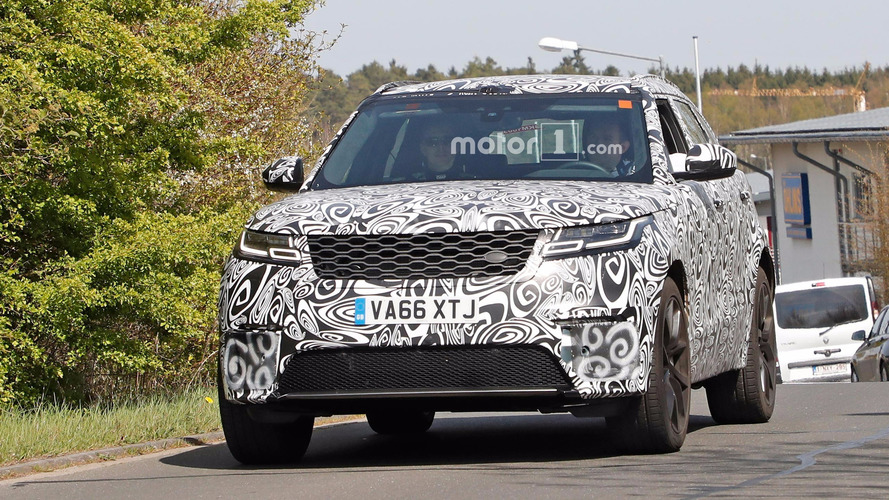 At the rear, the roof spoiler appears just a little larger than on the current Velar. The designers also fit a more prominent diffuser but attempt to hide it with mesh on this vehicle. The circular tailpipes are a new addition, too.

According to our spies, it sounded like this Velar might have had Jaguar Land Rover’s 5.0-liter supercharged V8 under the hood. The automaker offers this powerplant in an array of tunes. Model differentiation within the lineup makes the 550-hp (410-kW) version from the Range Rover Sport SVR seem unlikely, but the 510-hp (380 kW) output variety would still be a serious upgrade for the Velar. 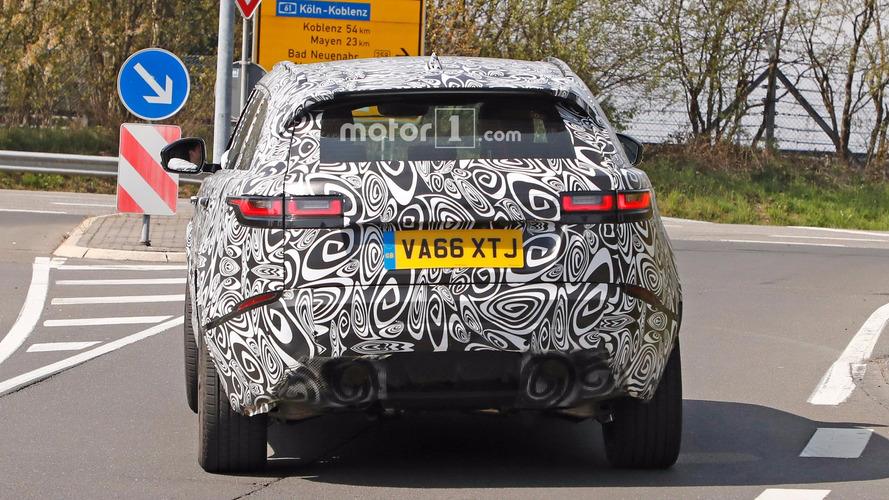 There’s no indication when Land Rover might reveal its new SVR-tuned crossover. However, expect the automaker to give the standard version some time on the market before the company starts adding more variants to the lineup.