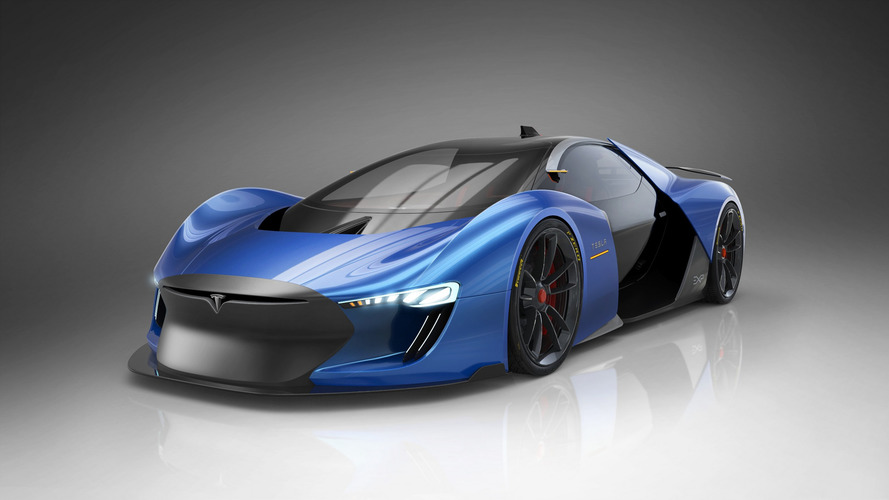 Here is some handsome third party design work of an experimental Tesla supercar, called the Model EXP, which was sent to us by product and transportation designer Xabier Albizu from Spain.

The free-time made project is a conceptualized high-performance monster, with four electric motors and independent torque vectoring, as well as fast charging, autonomous driving, and 360-degree cameras to share driving show and of course smart aerodynamics.

“When designing the car, I tried to use different surfaces and layers, playing with air flow, active aerodynamics and a big diffuser," Albizu says.

"The 'open' rear lets the air flow freely and remove heat from the components easily while making the rear look aggressive and extreme at the same time. The front has a reinterpretation of the Tesla design language with clean lines and a sporty feeling thanks to the low nose and headlamps, quite in contrast with the more extreme rear. On the side I played with different materials, cutting front and rear visually and letting visible the capsule-like cabin.”

At first, Xabier did not believe that electric cars could become a real alternative to combustion cars so quickly, but Tesla apparently changed his mind. His halo car concept is then a nice appreciation for Tesla’s achievements.