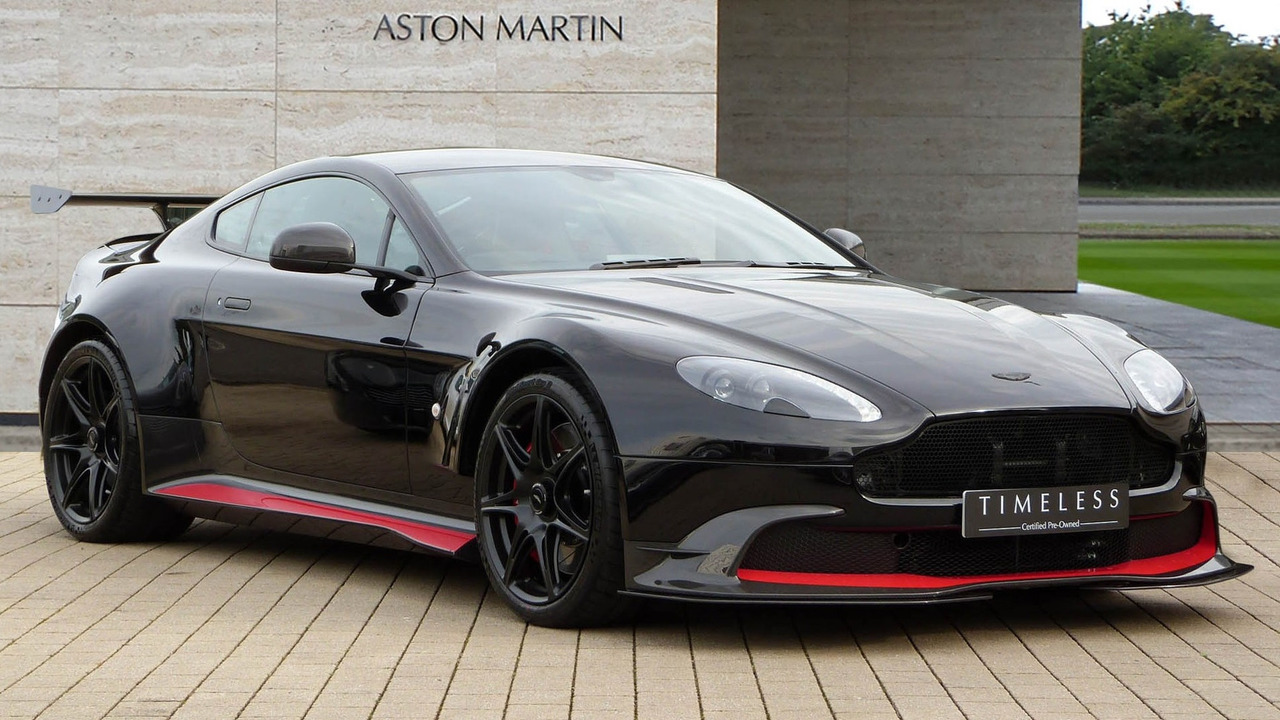 An extra $121,773 to be exact, though it has many optional goodies fitted.

£165,000 (about $211,612 using today's exchange rates). That’s how much money Aston Martin wanted in United Kingdom for the Vantage GT8 when the special edition was launched about a year ago. Production was capped at just 150 units and all of them were sold pretty much in the blink of an eye. Now, a right-hand-drive example driven for a mere 66 miles (106 kilometers) is for sale at H.R. Owen and it’s the 66th car to roll off the assembly line in Gaydon.

Wearing menacing black attire with contrasting red accents, the rare 190-mph supercar commands a huge premium as it can be yours for a cool £259,950 (approximately $333,385). Doing simple math, it means the car costs $121,773 more than its original sticker price, or about the same as a brand new Porsche 911 GTS.

To be fair, it’s far from being stock as the options list is quite extensive. From the aero pack and numerous exposed carbon fiber bits to a 700-watt sound system and even an alarm, this particular Vantage GT8 has basically all the bells and whistles. It also as the optional “GT8” badge at the back to let everyone know you’re not driving a “regular” V8 Vantage.

Given the very low mileage, it goes without saying the current owner only bought it to flip it for a nice profit just several months after taking delivery of the track-focused machine. And what a machine it is. Not only is it 100 kilograms (220 pounds) lighter than the already hardcore V8 Vantage S, but it also has an extra 10 horsepower generated by the upgraded 4.7-liter V8 engine pushing out 440 hp (328 kW) for a 0-62 mph (0-100 kph) run in 4.4 seconds. Deep-pocketed purists will be happy to hear the car is fitted with the standard six-speed manual gearbox. Aston Martin also sold this car with an optional seven-speed automated manual transmission.

Should you be interested in getting your hands on this rare GT8, it’s available at the Aston Martin Cheltenham showroom.