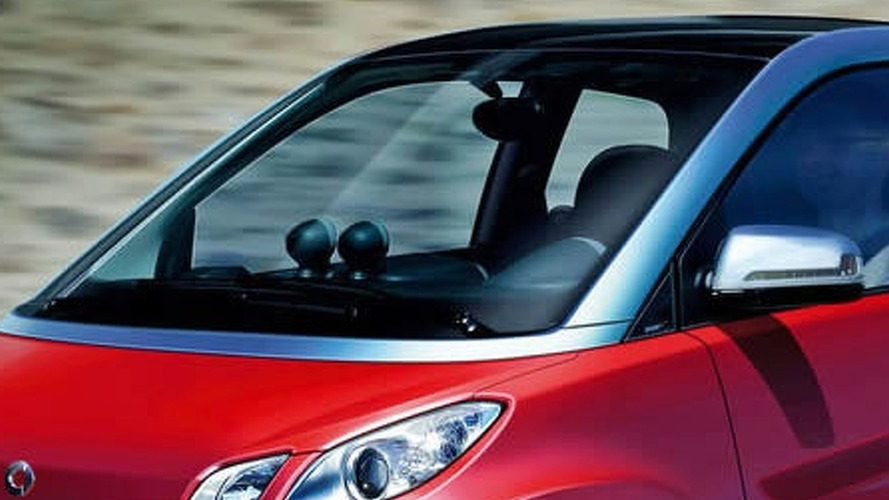 A rendering of the proposed four-seater version of the Smart forTwo has surfaced. The Smart forTwo+2 could be available within a few years.

Daimler-owned Smart is planning on the release of a stretched version of the Smart forTwo.  Up until now, the major limitation of the miniscule city car has been its inability to carry an extra body or two.  All that could change by 2012, according to Auto Express.

The magazine has released a rendering of a proposed Smart forTwo+2.  The four seater would have rear doors, making access into the tiny rear at least somewhat easier.  This will make the car a bit more competitive with base-level city cars like the Chevy Spark, and more premium vehicles, like the Audi A1 and the BMW Isetta.

Smart's addition would likely stay as a rear-wheel-drive, keeping the engine below the floor of the trunk.  The added length for the backseat comes from an elongated wheelbase.  Although currently unnamed, it is rumored to keep the forTwo+2 nickname.  It will be Smart's first four=seater since the failed Smart ForFour.

Rumor has it the car will be available with several engine options, a passive hybrid, and perhaps even a full electric model.