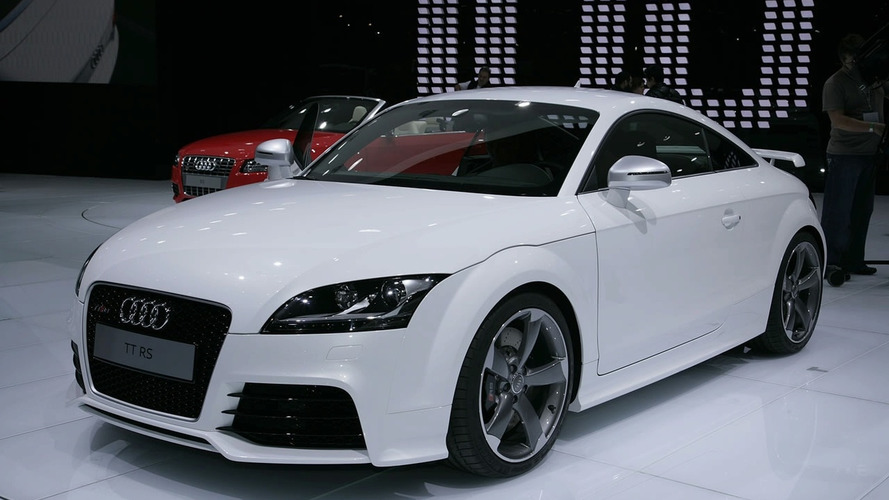 The Audi TT RS will make a delayed entry in North America while the RS5 is set to rival the BMW M3. Audi USA does not want to upstage the recently released 265 hp TTS with the more powerful (340 hp) RS version just yet.

Well, it's hard to find a good reason why Audi wouldn't want to take the TT RS and the upcoming RS5 to the North American market. The US market is very important to Audi's ambitions of one day reigning over the premium segments as BMW does today. It was likely that the matter was simply deferred until things improved in the business.

Motortrend is reporting from its sources that Audi indeed has every intention of bringing the TT RS and RS5 sports models to North American shores. But their sources report a different reason for the prolongation of releases. They say that Audi USA likes to put vehicles out on their own schedule and given that the 265 hp TTS was only recently released there, they'd like to give that model a chance to garner some sales before upstaging it with the RS.

The RS5 would also make a competent rival to the BMW M3, which is likely why it's in the running for a New World release. The shortly-expected RS5 will be singing to the tune of around 500 hp and come with some up-tweaking of the quattro system to handle the extra power. The current S5 comes with a 4.2 liter V8 with 354 hp but that will be switched to Audi's new 333 hp, 3.0 liter, supercharged V6 for the 2011 model (with the choice of either the 6-speed manual or the 7-speed S-tronic dual-clutch transmission).

On the other hand, sources wouldn't say whether the RS 6 Avant will be making the same journey, saying the matter was still "under consideration," which can be read as a pretty strong hint that it would not.

It may be true that Audi USA knows its market and understands what models it needs and when. But sadly, for those enthusiasts who like their Audi's fresh and raw, once again they have to ask why a European automaker is being so condescending to the US consumer.